Flash Frontier: You are a terrific advocate of indigenous writing in Aotearoa, a publisher of two volumes of Māori poetry, and editor of New Zealand’s only Māori literary journal, the fabulous Ora Nui. Can you tell us about what inspired you – first, to publish the collection of poetry written by your mother For someone I love – a collection of writing by Arapera Blank, and second, to establish New Zealand’s only journal of Māori writing Ora Nui? 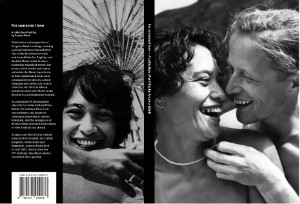 Anton Blank: While Arapera is a very important writer in the Māori literary canon, she is less well known than some who followed. Her love affair with my father Pius Blank is very central to her writing. I wanted to publish something unique which captured the power of her writing, and gave an insider’s view of her life. It had to be very intimate, and beautiful, because beauty is a recurring theme in her poetry. I also wanted to move away from a strident political statement. The politics are there but they are carried by the beauty of the prose and images.

Being gay and very integrated into mainstream New Zealand culture, I have always struggled to see myself in Māori texts, which tend to reduce Māori masculinity to a few hackneyed stereotypes. There is a preference for hyper-masculinity which we see at its most exaggerated in kapa haka, and a priviledging of age, with older males being most revered. Arapera bucked against these traditions and I have inherited her healthy disregard for the Māori patriarchy.

I established Ora Nui to increase the range of experiences in Māori literature. There is some really good contemporary Māori writing out there, which situates Māori tradition in the broader context of urban environs and globalisation. For me this is the realistic representation of the Māori experience. Jean Riki and Reihana Robinson, for example, weave their identity into long form prose that investigates global concerns. This is Māori literature at its most exciting.

FF: Issue 2 of Ora Nui was a collaboration with the First Nations Australia Writers’ Network. What were your reasons for collaborating? What differences did you notice between the writing of the two groups as a collective? Similarities?

AB: Issue 3 of Ora Nui takes this idea even further by including contributions from writers in Asia and Europe. By limiting the contributions to Māori writers, we get a closed, internally-focused discussion. I believe that as indigenous people, we have a lot to say about identity. Our cultural intelligence can and should inform broader discussions about diversity.

Māori and Aboriginal have a shared experience of colonisation which played out very differently in the two settings. The physical landscape of the two countries is also different. So while the pain and grief of colonisation is present in both Māori and Aboriginal literature, the narratives and language are different, and specific to time and place. This is evident in Ora Nui 2.

Issue 4 of Ora Nui, which we will begin working on later this year, will be a collaboration with indigenous Taiwanese writers. The theory of the Austronesian migration posits that Māori migrated originally from Taiwan, through the Pacific, to Aotearoa. I want to shine a spotlight on this aspect of our history, and reflect on what this means as Asians continue to migrate to Aotearoa New Zealand.

FF: What are your feelings about creating a written record of Māori stories and poems in an oral tradition? Do you feel as though you are forging a new path, given that at least in the English literary tradition there seems to be a difference in the kind of work that’s performed orally versus the written variety?

I hear this question asked a lot and I find it a little bit annoying. It assumes Māori don’t have a literary tradition.

Māori have been literate for over 150 years now. I love writing, my sister and I are both writers, a gift inherited from Arapera. My mother loved Keats and Shakespeare. My uncle Wi Kuki, an actor, also loved English literature. I’m more influenced by the beatniks and post-modernists. So who owns literature now? We all do.

It’s not one or the other, it’s both. Oral and written traditions help us retain and develop our culture. We have to be open to change and new modes of communication.

FF: I found the cover art for Ora Nui mesmerizing – beautiful, powerful, political. Paula Green, on reviewing Ora Nui Issue 3, describes the journal as ‘a symphonic treat of art and writing’. Do you give your artists a brief? What role do you want the art to play in the journal? Do you have a favourite artist? 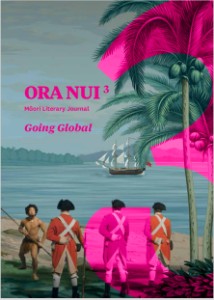 AB: I have tried giving Ora Nui a theme but it doesn’t work; people don’t write to brief. With the open submissions process, we get a sense of the current concerns of Māori literature. I wanted the images to provide pauses in the text, and be moments of reflection. Everything is connected. Beauty is the messenger.

FF: Our guest editor Vaughan Rapatahana asks: You have long been an advocate of tino rangatiratanga for Māori, especially after their colonised past history. Similarly and equally, you are also a strong advocate of the rights of ngā tamariki, LGBT, underprivileged and marginalised sectors of Aotearoa New Zealand society. What can writers and artists do to voice similar concerns in a literary culture that tends to ignore – indeed, sometimes even abnegate – such issues?

AB: We need to increase the diversity of voices in literature and this means we have to be proactive and search for them. I am used to working on large collaborative projects where Māori wellbeing is a concern. Sometimes I am the squeaky wheel but people respect that. You have to be resilient to work against the hegemony. Everyone benefits from diversity.

FF: What do you like to read? Can you recommend some up and coming Māori writers for readers to check out? How about any favourite flash fiction you’ve read recently?

AB: At the moment I am reading Shermaine Alexei’s memoir of his mother, You Don’t Have to Say You Love Me. It’s a mix of narrative and poetry. He’s also very funny and his recounting of life on the reservation reminds me of aspects of my family. 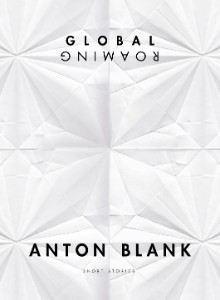 My favourite flash fiction right now – my own. There’s a story in the middle of my new short story collection Global Roaming titled ‘The Call’. I wanted it to be break in the middle of the collection, a short moment between the longer pieces. It’s about love and responsibility.

Every single Māori writer in Ora Nui 3 is great, and I don’t want to single out my personal favourites. I’ve already flagged a couple. I am most drawn to writing that I can see myself in. I’d like to see more Māori writing fiction – short stories and novels – and literary non-fiction. We always get a lot of poetry submissions.

FF: Finally, what writing / publishing / editing projects are you working on now, and when can we look forward to their release?

AB: My short story collection Global Roaming will be available in shops and from my website in the next few weeks.

My next project will be a non-fiction title exploring how we can use the Treaty of Waitangi to transition to diversity and multi-culturalism. Many Māori are resistant to multiculturalism but I believe indigeneity and diversity can co-exist, they are complementary. Māori need to lead these discussions of cultural change.

After that work will begin on Ora Nui 4. And I’d like to start writing a novel, based on one of the short stories from Global Roaming.

Thank you, Anton, wonderful to korero with you.

Flash Frontier also thanks Anton for sharing his concrete story,Lydia, with us.

Anton Blank (Ngāti Porou, Ngāti Kahungunu) has an extensive history in social work, communications, Māori development, public health and literature. Anton has held senior roles in the government and not-for-profit sectors, including Communications Services Manager at the Ministry of Education and Executive Director of the Māori child advocacy organisation Mana Ririki. He has maintained a significant media profile as a Māori child advocate and cultural commentator and was the Principal Investigator of the 2016 report Unconscious bias and education – a comparative study of Māori and African American students. Anton is also the editor and founder of the Māori literary journal Ora Nui.