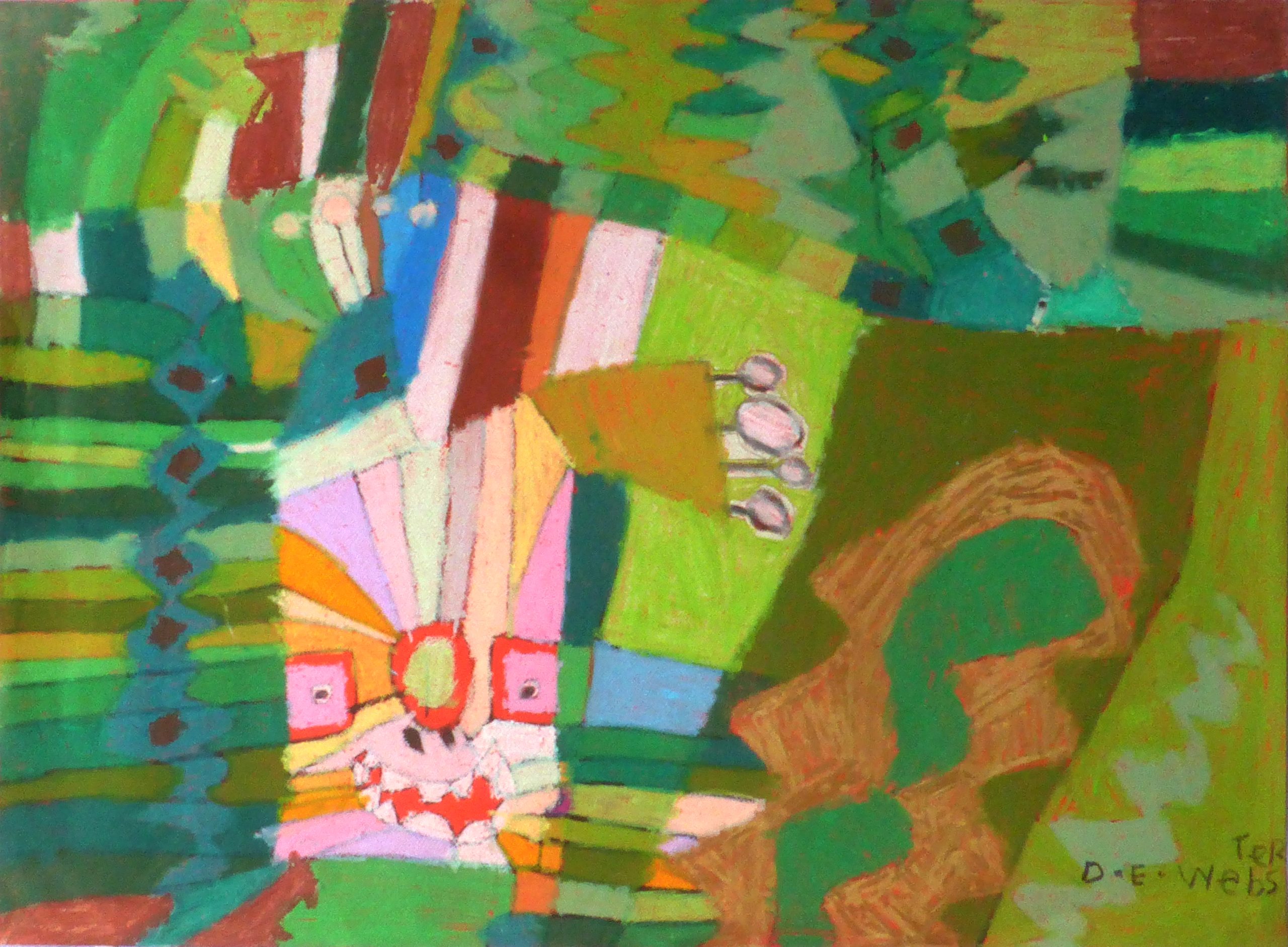 Digby Webster is a visual and performing artist. He works across a range of disciplines with extensive and varied dance and performance experience. He is a founding member of First Flight Crew, EverAfter Theatre and Ruckus Ensemble, a contemporary performance group making large-scale productions. He has participated in improvisation, acting, movement and voice workshops with Power House youth Theatre, Sliced Bread Attraction and the Australian Theatre for Young People, Back to Back theatre mentorship and the production Cravings with Sydney Theatre Company and Catalyst Dance Masterclass. He has been a long-time participant with Dirty Feet as a performer and facilitator.

Digby has been a production designer and performer in the award-winning short films ‘The Interviewer’ and ‘Heartbreak and Beauty’. He attended Bus Stop Film Course for over 4 years.

In 2014 Digby was the recipient for Artist in Residence at Bundanoon with his work was selected by Big-i-Art Project in Osaka and awarded a ‘Winning Work’ to be included in a travelling exhibition throughout Japan and Hong Kong. Digby has exhibited in solo shows and group shows.

He was commissioned by Taste Media to supply images reflecting the South Australian landscape. These images were incorporated into the winning logo for the Special Olympics. He is currently a member of Front Up, a disability-led Arts and Cultural program resulting in several works being exhibited at Barangaroo as part of the ‘I Am Still Here’ emerging artists exhibition.

Artbank and Australia Council for the Arts have included his works in their collection. Digby exhibited various work in Vivid over 2018, 2019, part of  ‘We’re Very Serious – Taking Artists with disability Seriously’ and MCA event.

Digby and Neil Tomkins painted each other for the Archibald Prize in 2021 and were selected in the finalists and for the touring exhibition.

More recently Digby has collaborated with artist Nadia Odlum on a pavement mural ‘Snakes & Ladders’ at Sydney Olympic Park, and with Georgia Norton Lodge at ‘Make Your Mark’ installation at the Museum of Sydney. Digby has been engaged by Cushman & Wakefield to provide artwork for their installation for VIVID 2021 & 2022. 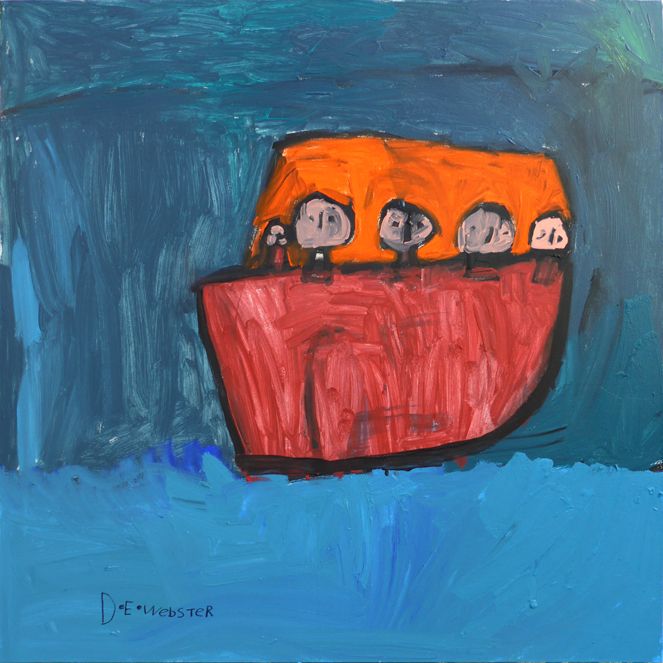 “It is not about being famous, just letting people know that people living with a disability can make a purposeful life. It is important for our community to see people included socially and working together and having good fun exchanging ideas. I do love hanging out and watching artists work.”

Q & A with the artist

Flash Frontier: Your work has been featured in group and solo shows for many years – including Tin Sheds Gallery, Riverside Theatre Parramatta, DNA projects Chippendale ‘Two Sydney Painters’ with Marc Etheridge and at the Opera House as part of Accessible Arts’ AART.BOXX 2007. Can you tell us about your first show and how it came about – and what you recall most about it?

Digby Webster: My first show was an exhibition of early coloured marker drawings on paper in the foyer of Riverside Theatre in Parramatta in 2011. Alison Richardson who worked there at the time asked if I had some art to exhibit during the celebration of Don’t Dis My Ability week. Alison was already a good friend and drama teacher.

FF: You’ve also done some collaborative work – for example, the 2021 project ‘The Ernest Brothers – Daydream’, with Neil Tomkins. What is special about such a collaboration, and how is it different to your other work?

DW: Neil and I first collaborated when I had a residency at a wine bar in Redfern called ‘The Bearded Tit’. One of the spaces available to put my work was a 2-storey terrace brick wall in the adjoining alleyway. I met Neil at that time and asked if he could help me do a mural. He said, ‘No problem.’ He had done many murals in innerwest Sydney under the name ‘Birdhat’. We decided to do a version of Vincent Van Gogh’s ‘Starry Night’. He and I then formed a team we called The Ernest Brothers and did the series of collaborative paintings (Daydream) for an exhibition in Melbourne.

We’ve since collaborated on 3 large murals on walls in Marrickville, Leichhardt & Newtown under the Perfect Match initiative of Innerwest Council. 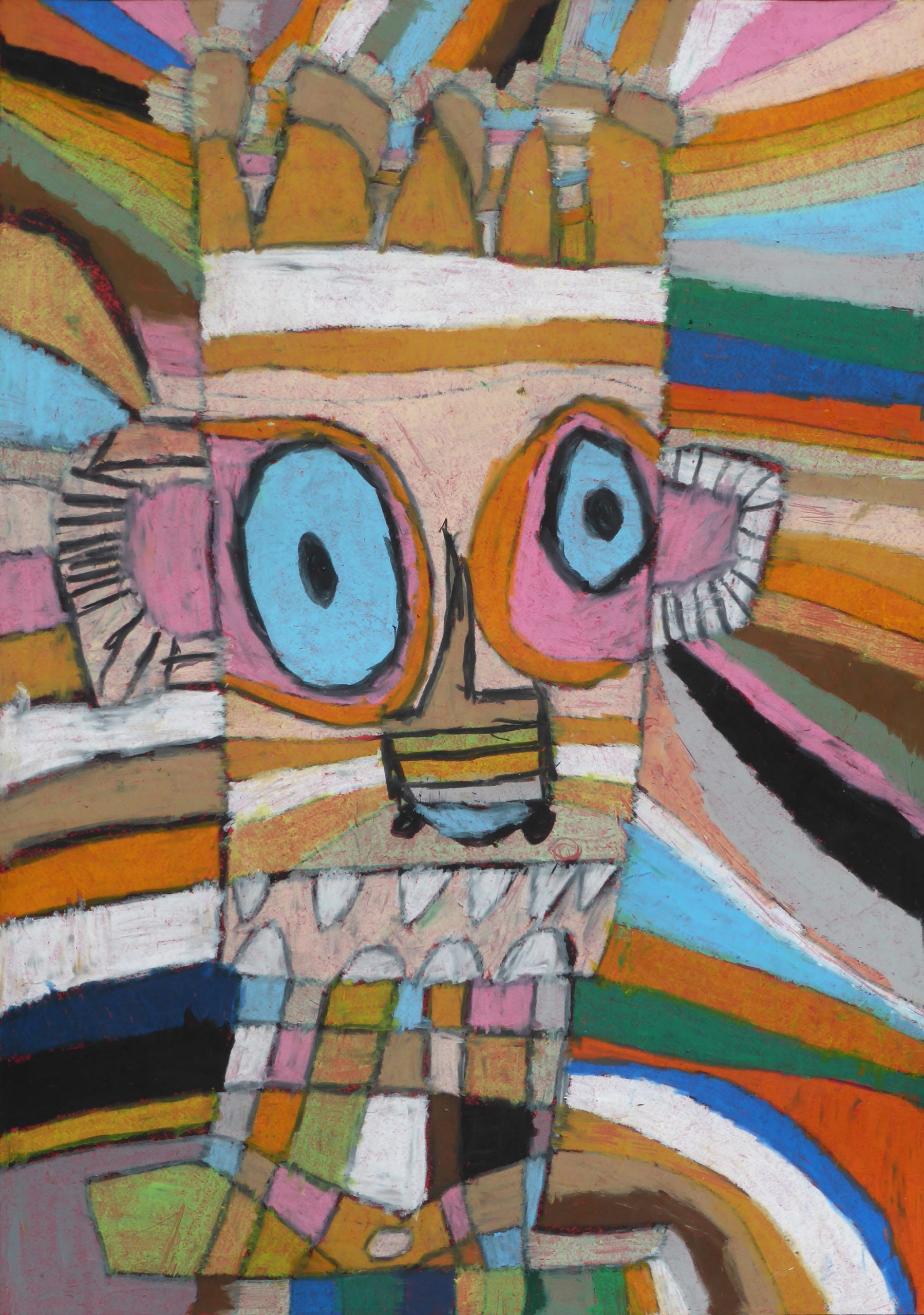 FF: You are a founding member of the Ruckus Ensemble. Can you tell us more about this? What are the projects you engage in, and where to do they take you in the city?

DW: Ruckus Ensemble was a drama group started by Alison Richardson in her time at Riverside Theatre. It was a group of young people with disabilities devising and performing their own productions. We did shows like ‘Starefest’ and ‘Speed of Life’ in many different locations from Parramatta to central Sydney. That ensemble is finished now but Alison relocated to Mackay Qld where she has another group called Crossroad Arts.

I have also had a long association with the Commercial Real Estate company called Cushman & Wakefield. They have asked me to do some large works for their Sydney and Melbourne offices and I have been involved as well in their support for Vivid Festival in Sydney.

More of Digby Webster’s art can be found at his website.