Flash Frontier: Congratulations, Liz, on your terrific new collection. Let’s start with the title and the cover. Can you tell us about the title of the collection — and the significance of ‘naming’ as an act? And, also, the way the hand shadow play on the cover, as the first thing the reader comes to, serve as an introduction to the themes or contents? 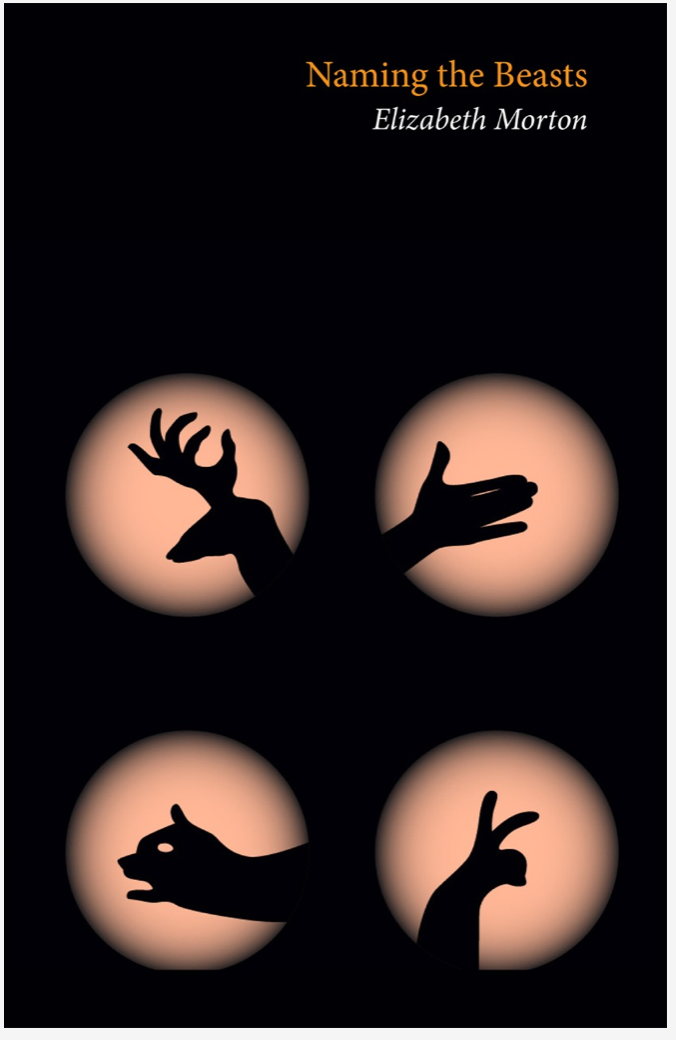 The cover was a 3am Google-search revelation. The hand shadow-play is a way of bridging the beastly and the human. There is storytelling and creativity in puppetry. We can all play at our beastly sides. I guess that’s what my poems are hoping to do. I know my childhood was ripe with the mutterings of Mister Ed reruns, the tragic humanity of King Kong, lion kings and alley cats, and rabbits and deer playing out their desperate, heroic journeys. Beasts are at the heart of our most fundamental myth. While the poems are not an inventory of animals, there are oodles of braying, mewing, howling things here.

FF: The reader goes inside the minds and hearts of the animals on the page, as they struggle for their very survival. How did you first hear these animals as they spoke to you?

EM: My noggin was, two decades ago, usurped by a pack of wolves. During the first lockdown, other animals joined the takeover – some clambering from the Waikato roadsides, some from David Attenborough films, some from William Blake poems … and then came my stroppy doggo, always yapping wit and wryness in my ears. I wanted to give them a new habitat … a wordscape on which to buck and gallop.

FF: What do you think is different about this collection, compared to the two earlier ones, Wolf and This is Your Real Name? And what themes can you not let go of? (We know there are always wolves…)

EM: Wolf was young and full of fur. This is your real name got hot, sometimes bitchy, and watched the world spin out from a place of fire. Naming the beasts cuts the bitching, and plays a cello as the world death-rattles. It is in love with nature, in love with people, and aware of temporality. Where This is your real name is jeremiad, I feel Naming the beasts is a love letter when the divorce papers have been filed. It is contemplative. It records the final birdsong with a negroni in hand.

FF: You have previously referenced Robert Macfarlane and his call for the ‘language of nature’. Can you talk a bit more about this?

EM: Robert Macfarlane is a personal hero. He trudges that place where lexicon and landscape collide, urging us to rethink our relationship with nature, especially that relationship as bridged by the language we use. His books revivify words lost from English-language dictionaries. He mourns the ‘acorn’ and ‘kingfisher’ dropped from the Oxford Children’s Dictionary, and brings words like ‘glisk’ and ‘swarf’ to surface in his book Landmarks. I magpie these two in my poems. I think, politically, we are becoming increasingly aware that language can be powerful, that words can damage and enable. But our ability to talk about our whenua is maimed and bleeding out. To retain cognisance of our natural world and our place in it, we need the right words.

FF: ‘Ecological angst’ — you said in a RNZ interview that this is central here, and that you began the poems when the Australian bushfires were raging. And yet, they hold hope, too. How do you manage both of those in your poetry?

EM: My hope is that, by showing the world as awesome and awful, both, there is some respite from homogenous bleakness. We live in interesting times, and I think that it will be our interest in these times, and our interest in their storytelling, that sustains us. Curiosity and hope are entangled things. Writing from a place of curiosity will, I reckon, keep a light at the end of the tunnel.

FF: The collection is not only significant for its contents but for its play with form. It’s poetry with narrative elements. As well, there are meditations on the art of writing, as in: ‘We write what we know when we run out of things we don’t’. Tell us more about what we know and what we don’t know — and how you, as a writer, contemplate this idea.

EM: The ‘write what you know’ adage always feels so feint in the face of imagination’s potency. Why settle with being a human when you can be a centipede? Steal some shoes and run around a bit. You’ll never be somebody else – chances are you’ll never even succeed at being yourself. And, I mean, don’t kid yourself you can know someone else’s experience. But, cripes! – Art without play is flat whites and spreadsheets and watercooler talk.

FF: Do you consider yourself a poet-activist? Or activist-poet? How do your science studies interact with your being a poet and being in this world?

EM: I’m too at home in the absurdity of things to make a good activist. I guess much of my writing is trying to suss out my own dubious morality, my own trespasses and inertness, rather than to bark the Right Ways at others. It’s self-indulgent at its core, but, if there’s a rippling outwards, then that’s gravy! My studies around neuroscience give me nifty nouns to steal from textbooks, and the odd good metaphor starring a dendrite or a hippocampus. I’m in science partly for the naming of things – I guess – whether that’s anatomical lexicon or diagnosis or the shrinking down of weird and complex phenomena into a singular term. In its own way, it’s ‘naming the beasts’.

Every day we drive past the dead ox. A satchel of blowflies,
sticky aquarium, a marmalade where jelly and pith cling
to the shrunken sockets of bone. A month ago, the beast bellowed
vowels across the daisies, looked to the mountains for a calm
that called him north like a compass. We moved here from a rut
of factories and stoplights. Allergic to the infrastructure of things
with gas pipes and garages and fish markets and train yards,
buildings that ooze into the green hillocks and scudded skies,
we sucked inhalers and drank calamine. Now, we drive past
the ox like he is a landmark, a signpost to a country
where even dead things pulse and rattle. We wind down
our windows to smell a crime of passion, a funk of cells
destroying cells. Autolysis is what we did in the suburbs,
chewing at our own rind and waving at neighbours all the while.
Over infomercials with TV dinners, calculating our lives
in episodes and seasons, until meaning was bone dry and spent.
Like us, the ox knew his doom inside out, the inevitability
of tics and maggots working through him like time.
We moved north to unpick the stars from a rash of city lights.
We followed mountains that dolphin through a clot of black,
and listen to oxen warming up for prayers we can’t translate.
When he kneeled down to die, the mountains called to him,
motherly and mewing. Now wasps reanimate the chant.

Naming the Beasts was shortlisted for the Kathleen Grattan Poetry Award 2021. Find the book at Otago University Press here.

“The beasts that leap from an Elizabeth Morton poem have always taken my breath away, set my consciousness and solar plexus ‘on a collision course with wonder,’ the whole world of my heart gone up in smoke. She’s a poet of unholy talent and savage tenderness, her poems ‘as real as the rupture of day’ – we may all be animals who speak, but no one else speaks like this. Like Anne Sexton, she uses poetry as a cage to let the animals out – only a rare and visionary poet, a poet writing at the height of their powers, is brave enough to dare to pen them all within one book. Naming the Beasts is an awe-inspiring feat.”
– Tracey Slaughter

“Elizabeth Morton’s Naming the Beasts is poetry gold. It is the kind of book you savour slowly, absorbing brocade textures, the sumptuous threads, the surprising patterns, satisfying layers. This is poetry that is sonorous, sensual, startling.”
– Paula Green 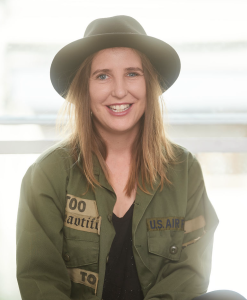 Elizabeth Morton is an Auckland storyteller, with three collections of poetry, the latest being Naming the Beasts (Otago University Press, 2022). She holds an MLitt from the University of Glasgow, and is completing an MSc at Kings College London.

Her yarns and poems have appeared in journals and anthologies, including Best Small Fictions (2016, 2021), in Canada, Australia, the USA, the UK, Ireland, Italy and Jamaica.

She likes to write about broken things and things with teeth.

← 2022 John O'Connor Award: Rose Collins, My Thoughts Are All Of Swimming Flash Feature: Tara L Masih, with her new collection →