In the author’s words…

Over the summer of 2016/2017, I decided to put pieces of my published work together, with the addition of new stories and poetry, to shape a manuscript. I had experimented with chapbook competitions overseas, and also liked the idea of interwoven yet standalone prose.

My writing is hybrid in that I traverse poetry and prose, so I wanted the manuscript to represent that, rather than being a conventional collection of either poetry or prose. As I’d been writing short form fiction for a few years, and had numerous publications under my belt, it made sense to include this form too. 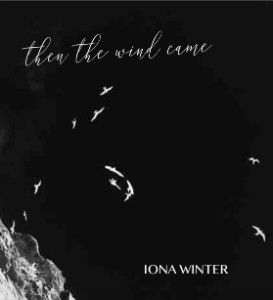 During early 2017 the manuscript, under a completely different name, was sent out to various publishers in Aotearoa New Zealand. It felt vital that it be published here.

I am a human being with bicultural whakapapa; the whenua of Aotearoa is layered throughout my work. It is an integral part of who I am and my writing process. To have my first book published in the place where my ancestors met intuitively felt tika and was something I was very clear about.

When the time came to follow up on my submissions however, I was predominantly met with ‘It’s lovely writing but not marketable’. I persevered.

While this was happening, I was accepted to start my PhD in Creative Writing at Massey University. Then, in June 2017 I had a brain injury, and my life changed irrevocably. I was unable to write for months, and once I began again I found that the ways I approached writing had changed too. I couldn’t understand critical academic analysis anymore, because that part of my brain had shut off, so I withdrew from the PhD.

Seventeen months on, my mental processes are better but still scrambled, and my writing consists of short notes to be deciphered when I am next ready to write. Earlier this year I was overwhelmed to be shortlisted with the Bath Novella-in-Flash award, for an interconnected manuscript of short form fiction. I’ve come to realise, albeit the hard way, that a slower-pace with a focused approach has its merits for me these days.

Towards the end of 2017, Roger Steele (Steele Roberts Aotearoa) indicated he was very interested in my manuscript. Since confirmation of acceptance earlier this year we’ve met a couple of times, I’ve added some fresher stories, decided upon a title, supplied a photo for the cover, and learned an enormous amount about the publishing process.

then the wind came is in four sections, representing the elements Whenua/Earth, Āngi/Air, Ahi/Fire, and Wai/Water. Each section consists of poetry, a short story and several flash fiction pieces.

Roger and his team have created a beautiful taonga for my writing, and I am excited to be able to share it. The launch took place Friday December 14th at the Dunedin Athenaeum Library.

The dog with chops in the breeze out a car window, freedom. How a woman warms her pregnant puku in the sunshine, hands circling. And a broken blackbird in a ditch, silent.

The way Porirua travels fluid around my mouth. How ocean waves pound, relentless. And people who wank lyrical — no waxing goes on inside their māngai.

Nan used to say, ‘You can’t keep a hatpin in a cloth bag for very long.’

I channel her while eating porridge straight from the pot. Wooden spoon melded to twisted fist, and my riri surfaces.

The bitch laid her purchases out on hotel-crisp-snapped white sheets, then stood back to admire them. She liked her wealth plastic wrapped and tidy. She overlooked two flies fucking on the bleached toilet roll, edges pressed and triangulated, as she rushed out to ‘meet friends for lunch’. She didn’t pause when she pulled out onto the busy road; doing what the hell she liked and her privilege ran parallel over my spine.

In the waiting room I observe a pensioner’s toes marked by years spent in jandals — purple jellybeans. Then am struck by a toddler’s shoes with sparkling lights.

I can smell a woollen jumper imbued with oil, and think about the joy I once felt picking fluff out of my pito.

‘Will your wheelchair get through?’ says the receptionist.

The same question every time.

previously in What’s on in your backyard, Dunedin City Council 2017

The split lip had the same bruised sensation from pashing practice on shower walls in her teens. Alice pressed her teeth into it as she walked away from the house.

She swung her hips as she imagined a young woman might, a forgotten freedom stretched amidst her sinews. Loosened and let go, right back into the whenua.

When she got to the playground she sat on a swing and watched dandelion clocks float on air currents above the estuary. Broken-backed monarch butterflies lay in the dust at her feet, and she smelled the cockle beds — sweet, like old ladies’ talcum powder.

‘Bleed me from my wrists, Alice thought, ‘that I may be my own anchor stone.’

Groups of school-children wandered the low-tide mud, with their notebooks and pencils.

A girl shouted out, ‘Hey guys, a family of crabs!’

Exposed creatures scurried from beneath a rock she had turned.

‘Your Mum’s a family of crabs!’ a boy yelled back, and his mates laughed loud.

Then the girl moved on, shoulders hunched, her face hidden.

In her hand Alice held a large feather. She cocked her head and listened to the sound it made, cutting through the air while she swung. It whirred like a pūrerehua, an ancestral call.

Away in the distance lay the constant hum of waves.

His shadow covered the body. She remembered clenched fists. Then her breath released itself from the stranglehold.

Down at the place where ocean and shore conversed in code, it was agreed that nothing be stolen again.

What people are saying about then the wind came

A startling collection of stories and poems, this book’s bricolage of narratives speak of life as it truly is: complex, traumatic and ultimately celebratory. It confirms Iona Winter as a profound writer, with an original new voice.

Iona Winter pays attention to the world around her, natural and unnatural, serene and violent. By turns dark, visceral and potent, here is a new voice speaking to us of things unspoken

A wonderful new realism, the writing is strong and clear, infused with feeling and shot through with a palpable sense of an expanded natural world. ‘then the wind came’ is a collection that will bring you back to life.

Sensuous, salt-tinged, stained with blood, ‘then the wind came’ is a reckoning. Winter’s precise language moves the collection towards renewal, and emerges as an act of aroha. 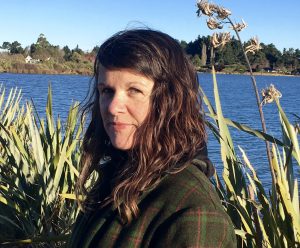 Iona Winter is of Waitaha and Celtic descent, and lives in Dunedin. Her short stories, poetry and essays have appeared in many New Zealand and international publications. The recipient of the 2016 Headland Frontier Prize, she has performed at the Edinburgh International Book Festival, and in 2018 was shortlisted with the Bath Novella-in-Flash Award. Passionate about Aotearoa, Iona writes in hybrid forms that highlight the intersection between written and spoken word. Through a profound connection with nature, she weaves past, present and future, traditional and contemporary, to create a bicultural melding of the worlds she inhabits.