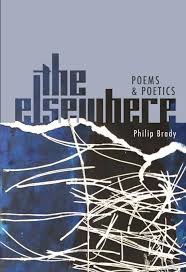 The Elsewhere, Philip Brady’s magnum opus of line and sentence, gathers the before and beyond to the here and now in a re-scored symphony woven in rearrangement of three of his collections of lyric and narrative poems, his book-length verse memoir, a poetic prose memoir, and two essay collections on poetics, all revivified in harmony of new poems crescendo-ing upon eye and heart and breath in the world.

“He writes like no one else,” Bruce Smith tells us, believing “equally in the Muse and in the mammal brain, the utterance and the sign, poetry and its undoing.”

“I don’t know anyone,” writes H.L. Hix, “with Philip Brady’s profound sense of his work’s embeddedness in history, its origins in the body, its realization of community.”

Rocking between syllable and chant “with speed and verve,” Eamon Grennan says, and at the same time hearkening to an oral tradition “when lines were conceived and spoken in one breath.”

Rooted in home, wandering the globe, Brady tracks history through murder investigations in Queens, Cork, and the Congo, to Homer’s discovery of the Alphabet. His mythic journey is, in Maxine Kumin’s words, “Wildly inventive, highly serious and richly comic.”

Yet, for all the world-exploring, The Elsewhere registers a dimension physicists call “a region of spacetime outside the light cone,” where, as Brady has it, “eternity brightens the rim of each instant.”

This sonorous multi-genre collection of a life’s work of a life in progress traces ancient and forges new correspondences between “Everything that happens and does not.”

Sam Pickering, All My Days Are Saturdays

Exploratory and expansive, The Elsewhere challenges its reader with questions around the idea and story of poetry. Containing new and selected prose and poetry, this collection is revelatory in Brady’s approach to telling his own story, too, his ‘translation from sentences to lines’. Brady’s fierce intellect and necessary tenderness are innovative and assured. Poetry comes from a ‘private darkness’, says Philip Brady, but here it leads to utterances that matter — to singing.

Philip Brady’s The Elsewhere: Poems & Poetics is a collection aimed at eternity. Brady’s new and selected provides an unabashedly bardic synthesis of the smoking girders and brickwork that make a life in poetry. Ranging from Queens to West Cork, from Youngstown to Lagos, The Elsewhere negotiates the landscape between recollection and release, between art and life, between impulse and sudden song: “I dreamt of holding fast to all I knew. / But memory’s a muscle letting go.” The essays on poetry, and the poetry itself, are Homeric in scope, Yeatsian in intensity, networked in a riot of wine-dark vectors and turning in a phantasmagorical gyre of allusion and erudition that spirals out into an enormous embrace of the music underwriting the everyday. The Elsewhere is everywhere ambitious, but more importantly, its poems and prose dwell in a kind of singing that begins in the forever that is right here.

from “Curriculum for a Bardic School”

I am a bard. There, I’ve said it. Embarrassing, like wearing a sign saying “HUMBLE,” or announcing you’re a secret agent. Still, I have to come clean. Living in this country, in this era, is too trying. In Ireland it was no big deal. You could recite the length of your arm and not be bothered. I once heard a woman in a Donegal pub do the entire Molly Bloom soliloquy impromptu, right down to her knickers, and the two bogmen in the snug never unclenched their pipes. And Africa, teaching in the then province of Katanga in the then nation of Zaire, what with no books anyway and fidgety lightbulbs, reciting poems was just passing on the news, as well as a way to warn off snakes on the walk home. But in the U.S. we leave singing to the pros. When I toss my head back and take flight, I’m seen as a ham, or an autist who might be useful counting cards, or a Lothario, or a compulsive. Then there are the gobshites exclaiming, “How do you remember all that?” And last week a passerby in a business suit slipped me a buck.

I never intended to become a bard, even if I was a fey child. “A.D.D.” they’d diagnose it now. Between serving Latin mass and rocking in front of the Hi Fi absorbing the family collection of Clancy Brother albums, I was immersed in mysterious language from the age most children take up reason. But being a bard is not the kind of vocation even a strange child aims for. There’s no counseling, no pie charts. The profession is badly marketed, completely misunderstood. Shakespeare did a terrible disservice, or more likely it wasn’t Shakespeare himself, but the bards—real ones—who came after. Shakespeare was no bard. He broke the cardinal rule: he became famous.

I’m not a bard like that with a capital letter and a prophet’s beard and a college named after. I’m from a school created before nuns or whisky. We’re teaching poets, beneath the high filí, who created the riddling rosc poetry—more obscure than Pound. The filí were ex-druids who loved sex too much to become monks, I think. Though word is the monks didn’t do badly.

I’ve come forward now because I’m tired of all the whining. Everyone’s complaining about the state of the art. There’s no money in it. No one reads poetry. Universities have cloistered the great voices. Grim-faced essays take the patient’s temperature, and there’s even a book, Can Poetry Matter? which pronounces the situation almost hopeless.

So I thought now might be the time to write down a few things I’ve heard, because when you know about bards, you’ll know that the fellow stuttered when he framed his question. It’s not Can, Mr. Gioia; it’s Is. Is poetry matter. Is it good for you like broccoli or prose?

Bards take the matter out of poetry, take it off the page, away from the publishers and pundits, out of the libraries and cafe-conglomerate bookstores, and lodge it in memory, where many voices blend. Voiced, the poem is transfigured from a printed glyph to sensory language; ephemeral, but with a tensile strength derived from collective memory that births it. Critics may feel differently, but what matters to a poem is not how many times it is reprinted, but how deeply it penetrates into the heart…

from “To Banquet with the Ethiopians: A Memoir of Life Before the Alphabet”

…And this is how it must have been the morning
After the night of the burning naked girl
When Homer, dazed with longing and lost love,
Clawed open the package and his house
Went silent and his marble eyes
Swam open on a strange horizon.

The alphabet. Awkward at first—
Stuttering so the stylus could keep up.
The process—‘transcription’ the manual called it—
Taxed but soothed too—nothing like
Entrancement when each utterance
Dervished through his rocking torso.
No rapture with the alphabet.
His loins stayed cool, his mouth moist.
Triangles, rhomboids, circles and half-circles
Hardened into stanzas, passages.
At last, he stepped back from the workbench
And squinted at the scarred, translucent scroll.

Never before had he seen the Iliad.
Never realized its nuance and dimension.
Till now his version changed with every venue.
At palaces he trumpeted Agamemnon,
At sports events it was Achilles,
Weddings, Hector and Andromache,
At the titty bars the Ares bondage scene.
He’d never made it through in a single go—
That would take weeks and leave the listeners dead.
He’d never followed any blueprint.
Sure he eavesdropped on scholastic gabble—
Great gas to hear the junior geezers fret
About interpolations and mixed dialects.
Did the Iliad portray a bronze age—or iron?
Did ‘hearing voices’ mean the primitive
Corpus callosum failed as of yet to knit
Hemispheres of the pre-lapsarian brain?
Did Achilles suffer PTSD?
Did rhapsodes remember the poem
Or forget everything else?
But the alphabet began to change his mind.
No improv, no entrancement.
It was hardly verse-making at all.
An encryption, a visual echo.

Scrabbling letters Homer saw what counted
Wasn’t the chant, the many-minded voice,
Not the rocking or apotheosis,
It was triumph and murder—acts of mortal men.
Not a message from another world,
Or a warped replica of this one,
With all its tedium and ambiguity.
Instead, a nape-tingling shoot-em-up.
“The world’s greatest war novel.”
With this newfangled Phoenician toy
Homer might give them just that…. 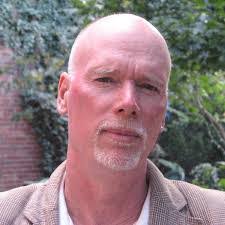 Philip Brady’s forthcoming book is The Elsewhere: Selected Poems and Poetics (Broadstone, 2020). His most recent book is a collection of essays, Phantom Signs: The Muse in Universe City (University of Tennessee Press, 2019). He is the author of four books of poetry, a previous collection of essays, and a memoir. He has edited a critical book on James Joyce and an anthology of contemporary poetry.

Brady’s work has received the Snyder Prize from Ashland Poetry Press; a ForeWord magazine Gold Medal; an Ohioana Poetry Award; the Ohio Governor’s Award and six Individual Artist Fellowships from the Ohio Arts Council; and Thayer and Newhouse Fellowships from New York State. An essay earned Notable recognition in Best American Essays, and work has been nominated for four Pushcart Prizes. He has done residencies at Yaddo, the Headlands Center for the Arts, the Ragdale Foundation, the Hambidge Center, the Virginia Center for the Creative Arts, the Tyrone Guthrie Center in Ireland, Fundacion Valparaiso in Spain, Hawthornden Castle in Scotland, and the Soros Centre for the Arts in the Czech Republic.

Brady has taught at the National University of Zaire, University College Cork, and on Semester at Sea. Currently, he is a distinguished professor of English at Youngstown State University, where he directs the Poetry Center and Etruscan Press. He also serves on the low-residency MFA faculty of Wilkes University. Please visit www.philipbrady.com for more information.