Book: Tim Jones, Where We Land 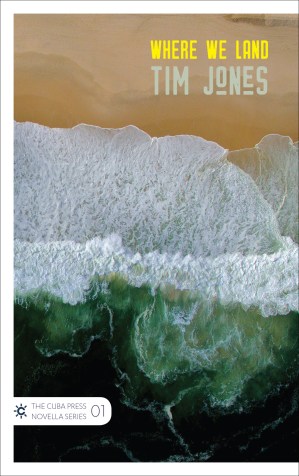 A New Zealand Navy frigate torpedoes a boat full of refugees fleeing a drowning country and Nasimul Rahman is one of the few survivors. First he has to reach the shore alive and then he has to avoid the trigger-happy Shore Patrol, on alert to stop climate change refugees entering the country.

Donna is new to the Patrol. When word comes through that the Navy has sunk a ship full of infiltrators and survivors might be making their way ashore, it sounds like she might get to see some action.

In the author’s words

Where We Land is a novella set in a near-future New Zealand in which the seas have risen, the number of migrants fleeing climate change has increased enormously, and New Zealand’s attitude to climate refugees has hardened drastically. It’s an example of the emerging genre known as climate fiction, or cli-fi.

I’m far from the first writer to work in this genre, but it is the place where my environmental activism and my writing intersect. My first short story collection, which was published in 2001, was called Extreme Weather Events. Since then, due to corporate greed and political inaction, things have got so much worse that we’re now in a climate emergency.

Are we going to act or are we not going to act? And if we act, what form is that action going to take? This novella is based on the gloomy possibility that as there get to be more and more people fleeing towards what they hope will be safer parts of the world, nations are going to put up more and more barriers.

The idea for the novella, which I had around 2010, was very much influenced by what was going on with the Australian Government’s response to people trying to reach Australia by boat. The basic premise of this story is that New Zealand is doing the same thing a few years in the future.

The New Zealand Navy is sinking ships that are arriving. There’s a shore patrol whose job it is to stop people who make it past the Navy. And I have two protagonists with opposite goals. One of them has come all the way from Bangladesh on a ship that’s falling apart. The Navy torpedoes it, but he survives the sinking. He’s alive, alone, scared, and determined to make it to shore.

My other protagonist is a junior member of the shore patrol, who’s joined because it offers better pay and better opportunities in a collapsing economy. Her patrol’s job is to catch the people who made it off that ship and past the Navy.

I won’t say any more to avoid giving away the plot! But the story hinges on how these two very different characters behave under extreme pressure.

This novella was originally published, in a slightly different form, as the ebook novella Landfall (2015). Since then, I’m sorry to say, it’s only become more relevant. New Zealand’s immigration policies are far from perfect, but I hope, as the seas continue to rise, that they never descend into the xenophobia and violence described in Where We Land.

Hear more from Tim in episode 12 of the SpecFicNZ podcast and his Radio New Zealand interview about cli-fi and Where We Land.

Jones talks in depth about human resilience and the determination to survive. The ability to keep going even when all seems lost. He examines our humanity; how we respond to threats and challenges, but ultimately how we, as a global species, behave to one another. The tension is high, the characters relatable, and Jones deftly manoeuvres you into bearing witness to the unfolding plot. He places you squarely in both Nasimul and Donna’s shoes. What would you do if…? he asks.

This novella set in the near future deals with the human impact of the worsening climate crisis…. Amid societal brutality and xenophobia, there are still a few glimmers of compassion.

This is a beautifully written novella in the cli-fi genre…. The characters are compelling and the story gripping. Highly recommend it!!”

Poet and author Janis Freegard launched Where We Land at VicBooks in Wellington on 16 July 2019. Check out pictures from the launch.

This is the first standalone print edition of this novella, which was first published, titled “Landfall”, in an earlier version by Paper Road Press in 2015 as an ebook, available for the Amazon Kindle.

How to buy Where We Land 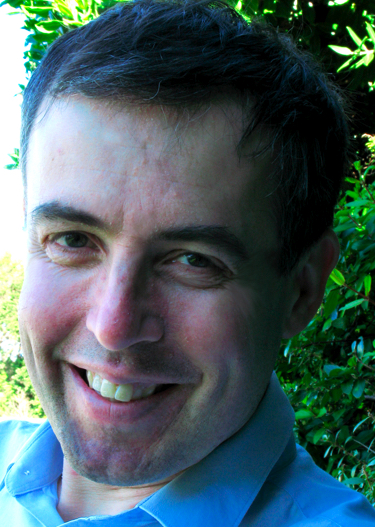 Buy it in selected New Zealand bookstores, including VicBooks and Unity Books in Wellington.

In the right hands – say, the hands of a loving owner with a big house and big grounds and a lot of time on their hands – Rufus the red setter would have been a lovable scamp. But in a paramilitary setting in which stealth, concealment and surprise were meant to be the modus operandi, Rufus was about as useful as tits on a bull. He had proved at their last break – five minutes for hot, bitter coffee from a flask – that he could hump an enemy’s leg to death; at least, he could hump David’s leg to death, and that was pretty much the same thing. To be fair, though, he had settled down a bit since the humping incident, seeming to accept that this night was just a very long version of walkies.

So here they were, swinging down Arthur Street one more time. In these years of the relentlessly rising sea, wealth bought elevation: the only people who lived close to the ever- advancing shoreline were those who could not afford to live further away. The top end of Arthur Street was still well lit, houses diligently repaired after each ravage of the wind and rain. But as they neared the sea, the street lights disappeared, the footpath devolved to gravel and mud, the houses slumped and shrank back from view. If anyone still lived here, they had no wish to be discovered.

Beachcroft Avenue, and beyond it the old waterfront motorway, deserted, half-awash. There were no lights above or below. The country was up to its eyeballs in debt trying to pay the massive cost of managing its retreat from the sea: no one was going to waste a cent down here, where the battle was already lost.

Tim Jones is a poet and author of both science fiction and literary fiction who was awarded the New Zealand Society of Authors Janet Frame Memorial Award for Literature in 2010. He lives in Wellington, New Zealand.

His climate fiction (cli-fi) novella Where We Land has recently been published by The Cuba Press.