Interview: Chad Miller – ‘Real like it’s monstrous because it is’

Flash Frontier: Let’s begin with your graphic review of Best Small Fictions. Tell us about the genesis of this project. Why does Best Small Fictions lend itself to such a representation? How did you select which works to feature? 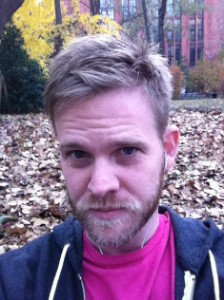 Chad Miller: The idea to create a graphic review of Best Small Fictions came to me as soon as I received an advanced copy of the anthology. Most flash fiction paints gestures, or big moments exploding in tight spaces, so representing them in individual comic panels made sense. I also ventured that juxtaposing the panels together would reveal something about the collection as a collection, isolate what echoed between the stories. The quotidian moments of home life were not a surprise, but pretty quickly men’s and women’s restrooms turned into Mom’s and Dad’s graves and a salamander became a tongue. Everything had its double and everyone was on fire. These weren’t just individual stories, but mirrors in a funhouse.

There were many stories left out of the comic review, all of them great. I chose the stories that sparked a simple image in my head, whether it was triangle cereal pouring into a bowl or the second identical vase. Of course, this means the artist was mixed up in the ultimate meaning. Is it ever not messy? 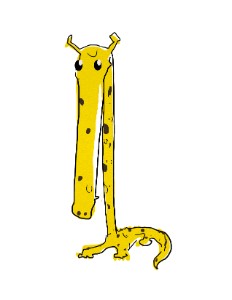 FF: It looks as if your earliest works were Gatoraffe, Gorhino, Panbat, and Turtlepus (here). Can you tell us more about them, and how they represent the early artist?

CM: My dad taught me how to draw. He’s excellent at anything he does. He loved to draw and carve and sculpt animals. I don’t think he does any of this as much as he used to. He taught me how to draw and to shade with a pencil and a thumb. We would trade scribbles and challenge each other to make coherent images from them. You can always find a face. Start with a face if you play the game with a friend and you’re stuck. 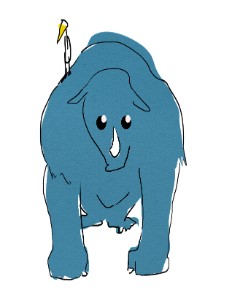 I drew animals because my dad drew them. Eventually I started mixing them up, to challenge myself and to discover something new. I’d write the alphabet across the top of my sketch book and with eyes closed I’d randomly select two letters, then two corresponding animals to mix. How can a giraffe’s back slide into an alligator’s tail? What details are crucial to convey the parent animals? I learned from my dad but I needed to move on.

FF: Moving from your early work, you seem to do a lot of mash-ups. Your 2014 project, X-Men Classics, combined the more modern X-Men with what we’ve come to see as classics. This project ranged from Margaret Mitchell to Raymond Carver to Kurt Vonnegut to H.G. Wells to Sylvia Plath. How did this idea come to you, to take old books and turn their covers into a mash-up with X-Men heroes? And which were the most comical, or the most profound, as you considered how your changes to the original impacted the way you imagined the characters and storylines? 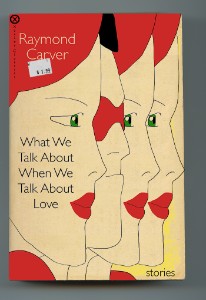 CM: I love the X-Men. In 2014, I was five years into failing to write a novel about a man wandering NYC who loved the X-Men, so drawing them on book covers seemed like the right place to go. Maybe to shake the failure out of my system. Drawing always soothes me, whereas writing can scorch.

Some of the cover ideas were no-brainers. Gone With the Wind, for example. A burning mansion is an X-Men trope, plus you have a Southern belle on the team in love with a rogue (pun intended). Some ideas closed circles. The group of outcast mutants who live in the NYC sewers take their name from H.G. Wells’ Morlocks, and Rachel Summers is a time traveler. If you know anything about Cyclops’s love life – with a woman, her celestial imposter, and her clone – you can see how the cover for What We Talk About When We Talk About Love drew itself.

I don’t think the mash-ups hold up through the particular stories. Colossus is always aware and even scared of his strength – unlike Lenny, for example. However, if the project has meaning, if mash-ups reveal anything new, it’s how similar everything is just below the surface. 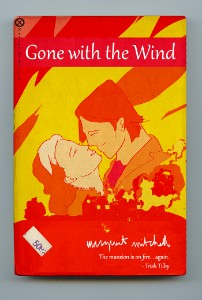 FF: You’ve also worked with a lot of book covers. What is so appealing about book cover design? It seems, like small fictions, that there are both limitations imposed but also considerable freedom in the form. Tell us about some of your book covers and how you go about imagining the image to accompany the contents of a particular project.

CM: Book cover design is art by committee, and it’s a j-o-b, which can cause headaches, especially if you’re inclined to headaches inside cages. However, knowing this going in, and letting go of the freedom, allows you to create images you never would have before. You can surprise yourself.

FF: Your collages were featured in the 2008 issue of Columbia journal – one on the cover. Are you still working in collage? What are some of your other collage projects, and why does this medium appeal?

CM: I still work in collage. It’s where most of my artistic sensibilities are born from. It’s always been more about play and sharing than about a career though. I would collage a series of Care Bear gift bag magnets for a friend or annoy my family with Christmas cards I stapled together. Into my forties, still getting away with kindergarten gifts.

Here’s what I love about collage, the lesson it reinforces: preciousness is complacency’s darling. It’s where you want to stop, but not where you should stop.

I usually start with a drawing I’ve cut out, centered on the book cover I’ve ripped off a Reader’s Digest with every intent to showcase how great I drew this man’s nude hip or contorted hand. I rip yellow and aquamarine from a magazine and add a smaller drawing of a wagon or tiger. Then I shift them around. I find a composition and glue. But it’s crap, so I start drawing more or try to pull the man carefully off the page only to rip the pelvis and palm. I lose what I think is precious over and over and over again in collage. Do I miss the hip or the way the thumb swelled in the end? No. Isn’t the art itself dear? I don’t believe so. It’s outside of you when it’s completed. Un-owned. Nothing as banal as precious.

FF: You are also a writer. In fact, your story ‘Pig’ was judged competition winner in 2008 by Aimee Bender and included in the same issue of Columbia. Does your imagination as a writer overlap with your graphic imagination? When you sit down to create something, how do you know which side of your creative imagination will come into play?

CM: Writing and drawing seldom overlap for me. I either see a project as a visual image, or I hear it as a voice. Being a visual artist definitely informs my descriptions in writing though, and I’ve found in the same way that I am more an illustrator than cinematic artist, my stories are visually more static than sweeping. Small movements. Trinkets. A clown I knew once called me a miniaturist and I think it applies to both disciplines. 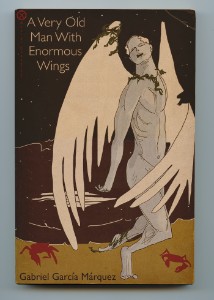 FF: And finally, we see you’ve recently had a story and illustration published at Jellyfish Review, called ‘Husband in the Ear’ and opening with:

You ask your husband, “What is going on in here?” You plunge your ear with your pinky and see your blood.

A wonderfully imagined concrete presentation of written and visual material that remains, oddly, abstract. Can you talk about the relationship between the real and surreal, or imagined, or abstracted? This seems to be an area you are comfortable in. We are curious to hear more.

CM: The real, oh if we could just leave it alone or even see it how it is, but, of course, we can’t. The real is always the imagined and the abstracted, and for an artist like myself, surreal. I write the ordinary like it’s monstrous because it is. I’m always jarred.
Chad Miller is a queer man writing and drawing in Austin, Texas. Chad has had stories previously published in Columbia: A Journal of Literature and Art, wherein he won a contest judged by Aimee Bender, as well as in Wigleaf and elimae. He also has an upcoming publication in Jellyfish Review. Chad is also a visual artist/book jacket designer who has worked with Soho Press and Columbia and has had work featured on Electric Literature, Flavorwire, Shortlist and Cluster Magazine. For more see www.chadrobertmiller.com.