after Sarah Jane Barnett
Sometimes parts of a boy disconnect. He could be floating. He could still be amped on pot from the skatepark, misting over like fog in front of his face. He’s eight again, running the field on a winter morning, short legs pumping, the shouts on the sideline receding. Across the neighbours’ roofs, there are cars on Tunnel Road, their headlights pinpricks against darkness of the hill. He hears his father’s voice again like a skateboard rumbling on seal. He keeps barking his name. It’s like landing a jump – the jar runs through his knees up his back.
About Gail Ingram…

Lying In A Field

The chickens make their staccato way into my consciousness. I have been languidly obsessing over liars again, reliving the last lines of my childhood. I pluck stalks of grass, while my support hand slips in cool, smooth chicken manure. The handkerchief I pull out is no longer ironed or scented with lavender. It smells of lemon and sweat, but Dads never star in those laundry powder ads. The brown shavers are pecking at a dead sparrow; a fledgling stuck sunbathing eternally with leaking entrails. There is no room around the family buffet. I cannot look away.
About Kim Jackways… 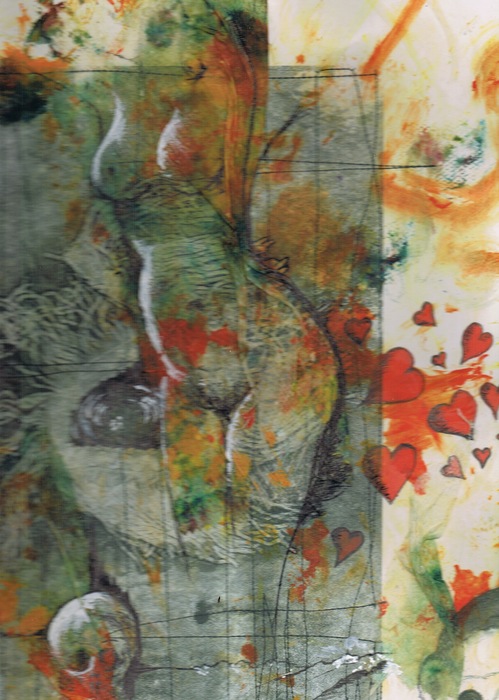 Taking my Boyfriend to his Tangihanga

What are these seconds you bring and sing? Can’t even remember when last I sinned. This morning? I’m full of questions. Split my belly and you’ll find ‘em, stem to stern. Around the kernel, a corner of truth, sharp as tax. When humidity burns, it’s time to get out, time to subtract myself from danger’s path, steam-rollering like a curling iron set too hot on my neck, your neck, our all-too-tender necks.
lumang tugtugin: a Filipino idiom meaning “old news” (literally, old music)
About Ivy Alvarez…

“Dupuytren’s Disease,” the GP said. “Brought by the Vikings when they invaded Britain. When you see Bill Nighy’s films, observe his hands.”
In the shopping mall Ruby was so preoccupied with her lumpy Viking hands she didn’t notice the teenage boys charging up the escalator behind her. Until one of them shoved her out of his way.
She staggered off the escalator. Limped over to the yahooing group. Hesitated. Stared at her hands. Felt herself growing taller, thin shoulders broadening, crooked spine straightening, a metal helmet clamped on her sparse snowy hair. The boys gaped, pop-eyed. Ruby’s eyes flashed fire.
About Sandra Arnold… 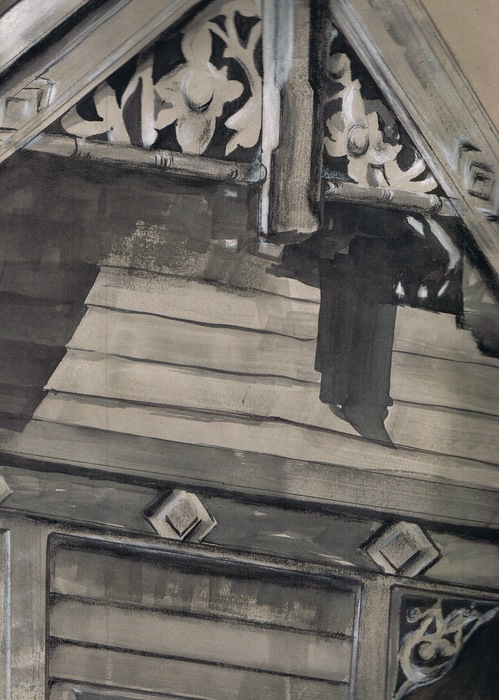 I’m sorting through old photos, travelling back in time, looking over all these old memories. People I thought I’d forgotten until I see their faces frozen into glossy paper.
Look at this: the night of that rained-out barbecue, all huddled up on the verandah, laughing our heads off at our misfortune. Cory’s mile-wide grin.
Ah, here’s the one I’m looking for: honey-toned, soft-curling hair, cheeky half-smile. So pretty.
I don’t know quite what I feel as I strike a match and set fire to the corner, but I fancy I can hear her screams from all the way across town.
About Rosalie Kempthorne…

My half-brother Dave was a nasty sod. One morning, he jemmied open Dad’s old army box.
‘Stuff all’ he answered, when I asked what he’d found.
Later, Towser was whining inside the shed, so I went to investigate. Dave had fixed a bullet in the bench-vice, aligned on the trussed-up dog. He was shooting his air-pistol at the percussion cap, hoping it would fire.
Afterwards, I released Towser, completely unscathed. The bullet-head had disappeared, whilst the casing had flown backwards rapidly, until stopped dead.
Towser licked cautiously from the pool of blood.
About Chris Applin…

Elspeth’s fingers touch air above the piano. “Can you hear this? I’m playing the notes between the keys.”
Our mother swoops in, swipes my sister off the stool, smacks down the lid. Elspeth staggers to stand, clutching at her head where thin skin has split. Blood seeps between her fingers. She smiles.
I put down my book and hand her a tea towel folded into a pad.
Our mother has gone outside to weep and Elspeth has returned to playing nothing. I hear her discordant music at each turn of the page.
About Heather McQuillan… 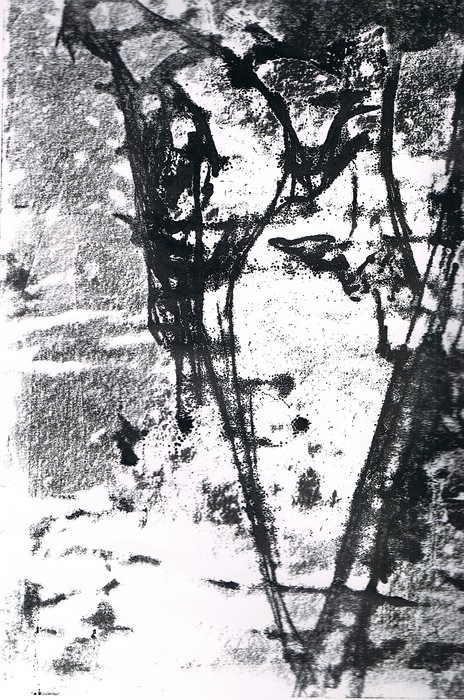 On the road to prison, they met three hitchhikers.
The first was lying on the verge under a sheet: they got a helluva fright when he sat up and said, “Taihape?”
The second had a cardboard sign on which was written, “HARMLESS!” They doubled back, when they were done laughing, to get him. He was very cheerful − and Japanese − but not for long. They left him on Vinegar Hill, where they stopped for the view, a piss, and more pills.
The third had an American accent and great legs. When she, too, stopped breathing, they were nearly there.
About Fiona Lincoln…

My mother’s engagement ring has been split into three. A diamond for each daughter. I wonder if the jewels went willingly, prised from the gold band setting where they had sat for decades.
A month later mine rests against my chest on a gold chain, a talisman, a place I can lay my palm and feel her close.
Rachel, perpetually single, has hers set into a platinum band and wears it on her ring finger, enjoying the confused questions.
Sally’s sits in a pawn shop somewhere, abandoned, unloved, the cash heavy in her pocket, always a better option for Sally.
About Nikki Crutchley…

The setting sun bathes the faded door with gold. It swings open, smoothly. Hallway empty, the same old worn carpet smell. I walk past the double row of portraits. The familiar faces. Peered at so many times. “Who are they, Grandma? Tell me again.” Grandma’s photo at the very end. The one where she’s wearing a garland of flowers and holding her arms up just so. A young dark-haired girl. Open-faced. Expectant.
My long shadow creeps ahead of me. It disappears into the kitchen, as if expecting a warm hearth and a plate of shortbread.
About Jane Percival… 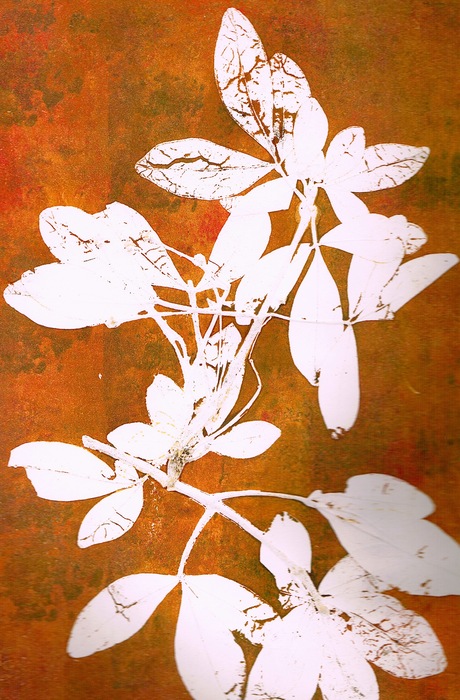 Yesterday stayed open stretching itself without inhibition into all the days that followed the quake.
I hadn’t the strength to close it; neither, it seemed, had anyone else.
When yesterday embraced me with its loneliness I made my mihi, my ancient greeting, and we wrapped ourselves around each other lost in a sea of consolation.
I built a boat, asked yesterday to accompany me.
We rowed in silence towards the shoreline where tomorrow waited.
About Teoti Jardine…

My old man lies still. He might be sleeping but blood is spreading, a red tide on the garden shed floor.
“Mum.” It comes out as a whisper that I know she won’t hear. She’ll be in the bathroom like she always is after he’s belted her, trying to hide the marks.
I drop the spade. The blade that he always keeps shiny is now adulterated with his own brain tissue.
“Muuum!”
She comes, stands stock still, then whispers. “You’ve been in your room. Okay? Now go. Call 111.”
Then she smiles, and picks up the weapon to wait.
About Jeff Taylor… 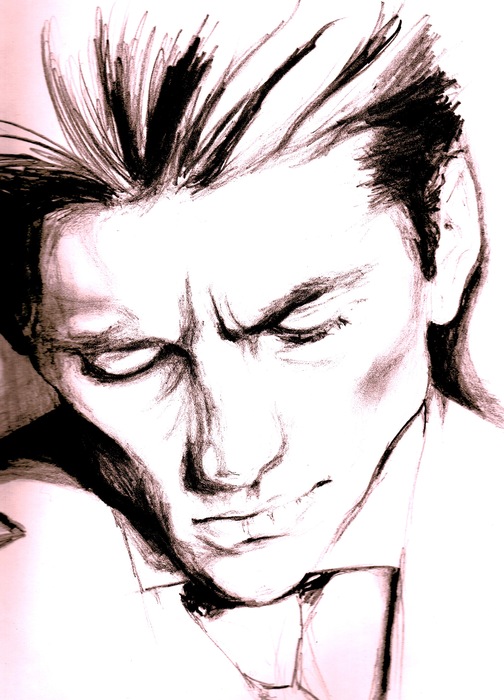 The Original Pensive by Nod Ghosh
About Nod Ghosh…

My shoes are on feet that aren’t mine. The feet are on legs that aren’t mine.
The kind people assure me I’ll be safe. I grasp the wooden rails. I stand. The left leg moves forward, then the right. They do this again and again. And I see that I’m walking streets, cities, the Heaphy Track, the Camino de Santiago − the world, really.
I’ve reached the end of the row. The kind people, applauding, bring me my chair. And I think I glimpse, through the window high on the far wall, a mountain beckoning to me.
About Juliet Elworthy…

We raced west until the road met the sea. Sand blew across the car park paint-lines, and the cuts in my hands stung from the salt. You knew as well as I that we couldn’t go on.
I blamed the sea. Such arrogance!
You blamed the road. What a lack of enterprise!
We spat into the water, and pried gravel from the tarseal. Saliva blew back in our face, and our fingers became black and sticky.
I sat and watched you wade out into the breakers. After your black hair disappeared I fell asleep to the sound of the radio.
About Sam Averis…

He’s not meant to be back, slamming his gym-bag on the kitchen counter. “The car’s shat itself,” he glowers.
But my mind is on the dehydrated starfish, the encircling clutch of pearlescent shells, now scattered at my feet. I sink, the shells a city of stars on the dark ocean floor.
Down here it’s quiet: his voice filtered, distant, clattering keys muffled. The starfish, once glittering, lies rock-hard in my palm.
My heart tumbles sick. He’ll see my overnight bag, floral, apologetic. Waiting stealthy behind the door. Be taken by the tide, the shells whisper.
If only I could swim.
About Jacqueline Hammond… 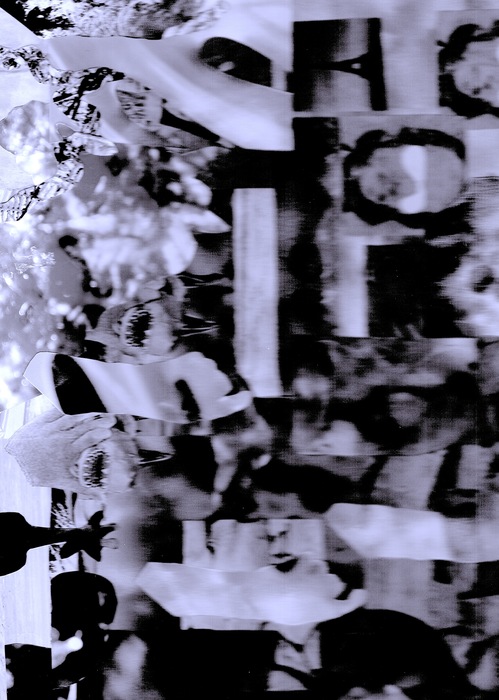 The Birth of a Paradigm by Nod Ghosh
About Nod Ghosh…

The trouble is, all the stories seem to come from the past. It would be easy to go on unearthing fragments from its rich midden, fitting words to them, making them seem to speak for themselves. Bringing them to life again.
But if grandmothers and mothers are anything to go by, she’s got at least another twenty years. She doesn’t want to spend them walking backwards; she wants to stumble across new stories, sticking out of the ground ahead of her, tripping her up and making her catch her breath. She just has to work out how to reach them.
About Anne Else…

Her gloves lay on the passenger seat. Leather by the look. He sank gratefully onto them, imagining her hands inside. Foolish, fruitless hope. Because they never had, and she was his wife’s close friend, and was only giving him a lift home.
“Oh, that wasn’t my sunglasses?”
“Nope, just these,” he lifted a buttock and extracted them. She smiled, turned the key. In the back Barney belched and Katie complained.
He ignored them, held the gloves carefully, slid a thumb inside as they slowed at the end of the road.
Fur-lined, enticing.
A forlorn song played. He sang quietly along.
About Megan Jennings… 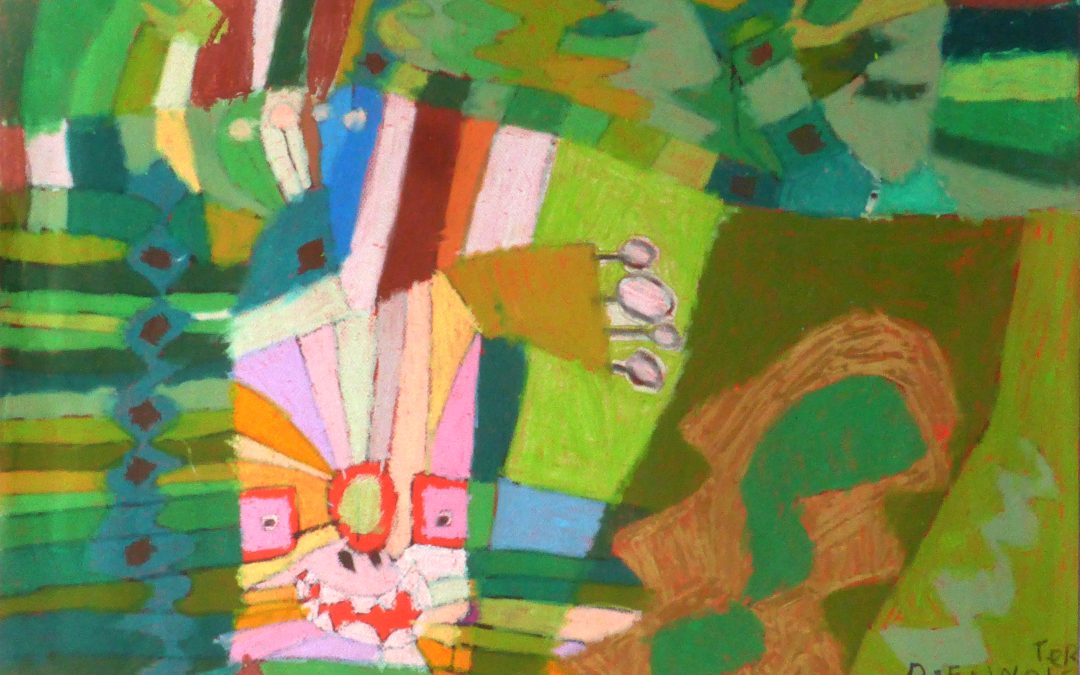 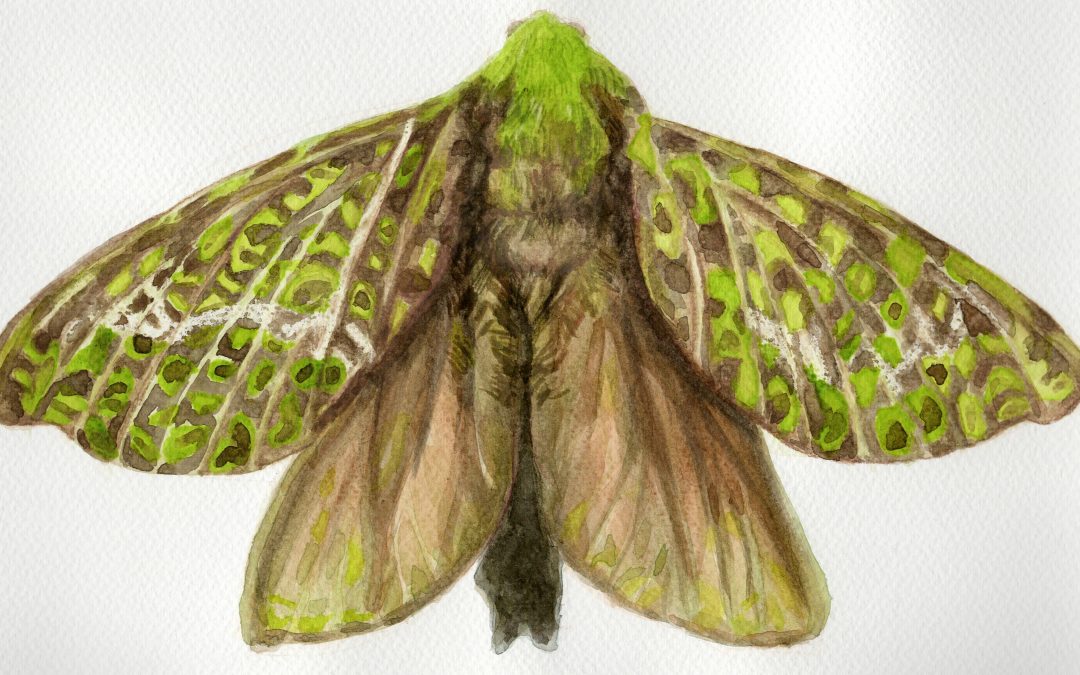 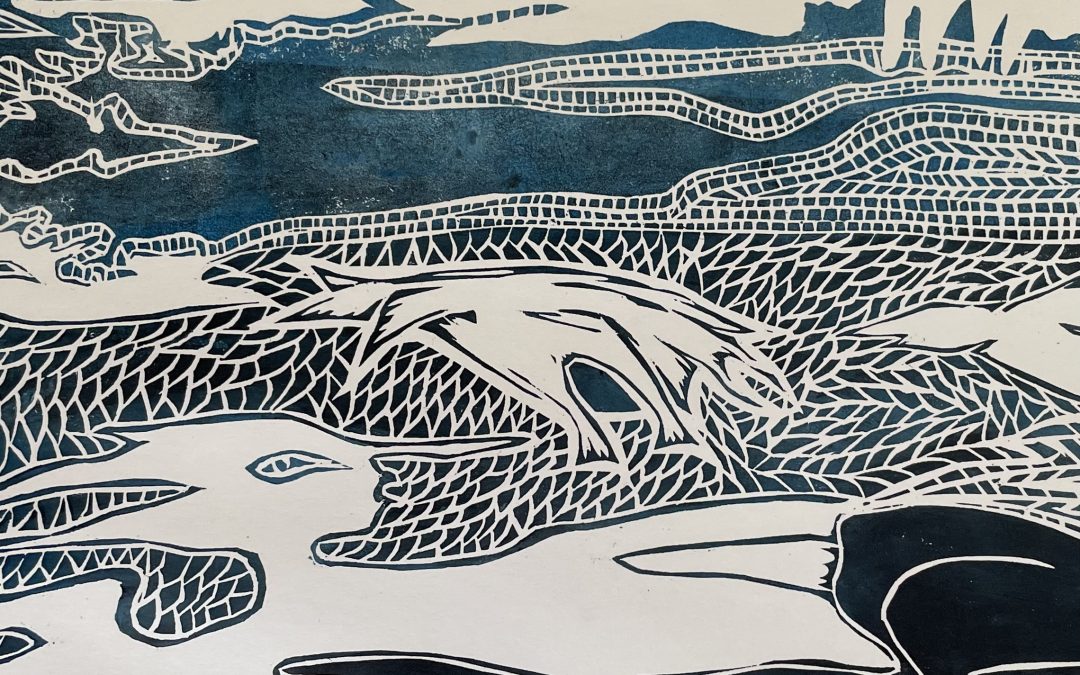 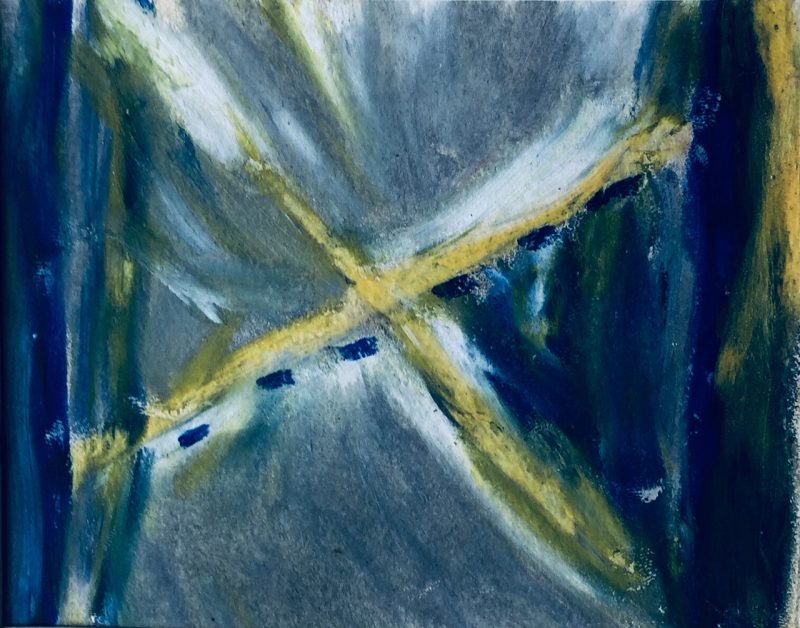 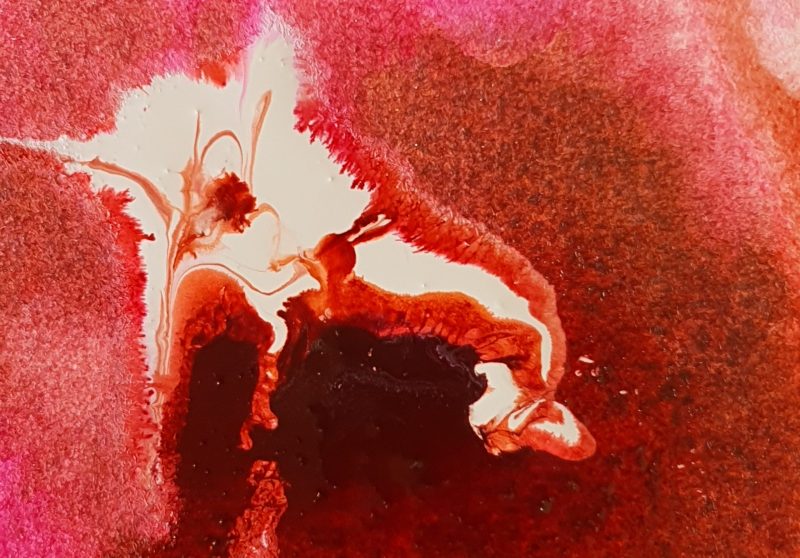 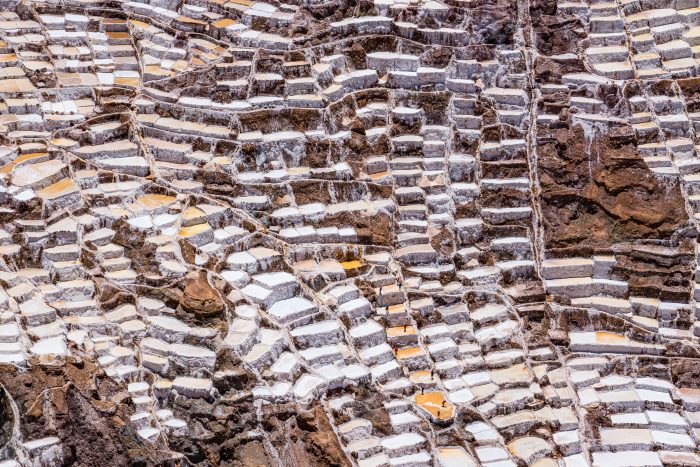 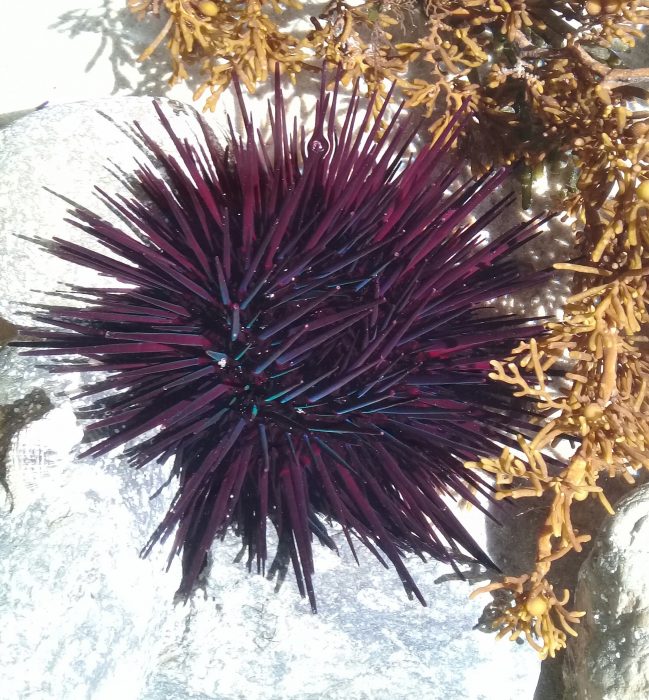 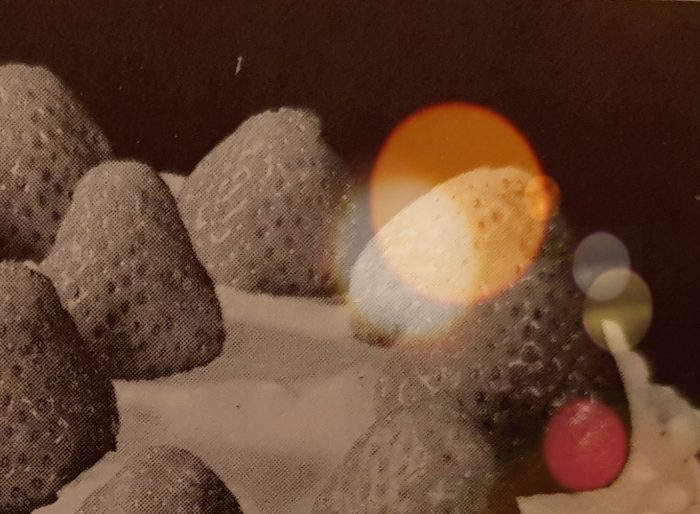 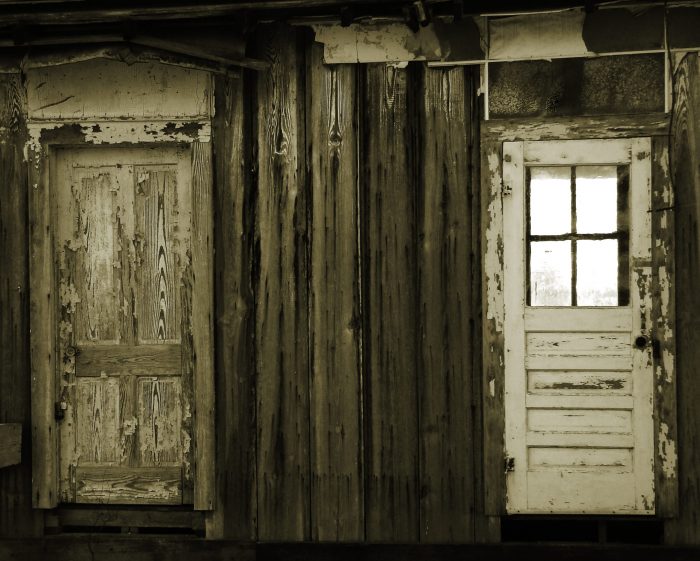 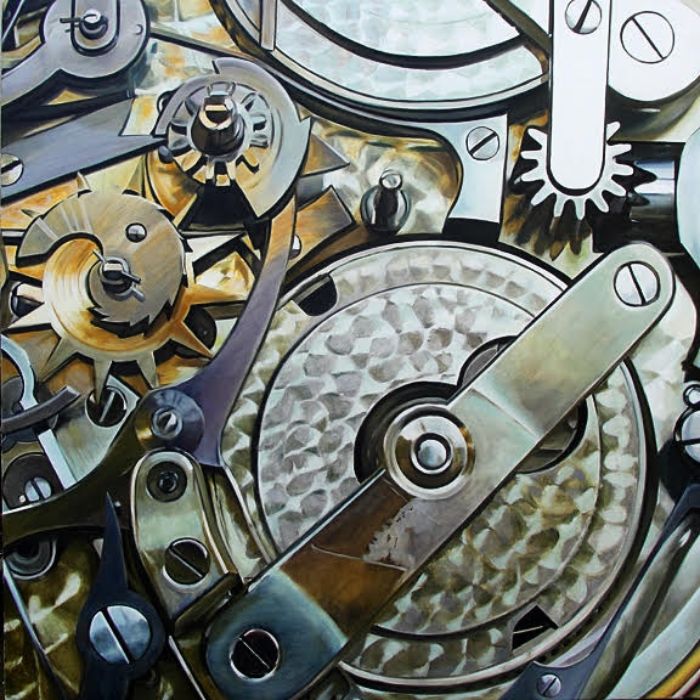