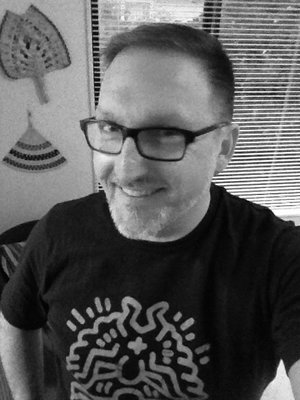 Gail Ingram: Congratulations on your deeply moving and — as Michael Harlow says — “exquisitely-figured” story, ‘Gunshots Are Too Common’, in which you handle the heart-breaking topics of homophobia and youth suicide elegantly and potently. If you don’t mind me asking, how did this story come to you? Was it a topic you’ve touched on before? What was the inspiration?

Patrick Pink: Otherness or those aspects about ourselves that can be seen as ‘other’ from the traditional norms and expectations of our communities and the individual and collective effects that can result have been themes that I continue to explore in my writing.  Topics such as growing up poor and hungry, immigrating to another country, caring for a young person with diverse learning needs or raising a child as gay parents allow me as a writer the opportunity to examine the similarities and differences that make us human.  As a gay man and as a special education teacher, I have had many experiences that have helped create these characters and their stories.  As to my flash, ‘Gunshots Are Too Common’, LGBTQIA+ young people are sadly over-represented in bullying and youth suicide statistics in Aotearoa New Zealand as well as in the United States of America, where I grew up.  Personally, I remember a fifteen-year-old boy in 1980 rural Michigan staring at his reflection in the bathroom mirror, feeling alone and different in an empty winter house and seeing little to no other options.  A barking dog was the saving external action that stayed my hand.

GI: And what about the crows? Where did they come from? They’re not a New Zealand image, yet the story feels equally at home here. How’s that?

PP: The crows or rooks, though introduced birds to Aotearoa New Zealand, have aspects that I wanted:  uniformity of colour, the ability to take flight, notoriety as a carrion eater with a mythology for bearing ill omen.  The sinister images of gathered birds, waiting, in Hitchcock’s The Birds also influenced my choice. In addition the collective nouns for crows and ravens are a murder of crows and an unkindness of ravens/conspiracy of ravens. In the beginning of the story, the crows in their ‘undertaker clothes’ were used as harbingers of the inevitability of Luke’s dire decision as he first enters the wood.  In the last paragraph, the saving external action of a singular bird taking flight through a tangle of branch limbs like the barking dog in the night provided a redemptive moment that Luke grasped.

GI: The line “The morning is little boy blue and straight-edged shadows” cut me to the core, contrasting the boy his father would like him to be – innocent and “straight” – with the boy that he is. Emma Neale comments on the setting – that it has been sensitively observed, and used elegantly “to foster our empathy of the main character, so the loss becomes potent.” How much rewriting and editing did this story take to develop the world this character inhabits?

PP: From the beginning, I wanted to convey the silence and seclusion of the woods and the introspection that can be found in such a still place.  It was a space that was different from the boisterous fishbowl of a boys’ school with its conformity in dress and values.  I didn’t know how ‘Gunshots Are Too Common’ would fare in a competition.  I sent the first version of this story to another flash publication about a year ago.  It was rejected.  So, I re-read it and tightened the piece, particularly the last paragraph.  I then left it for a while and returned to it when the NFFD competition came around this year.  I thought it was a good piece, a worthy piece that told a powerful story about a young man at a crucial crossroad in his life.  I hoped it would at least be long-listed but didn’t hold my breath.  I was proud of Luke’s story whether it placed or not.  It was a necessary story to tell.  It was one that I would want to read if I came across it online or in a book. 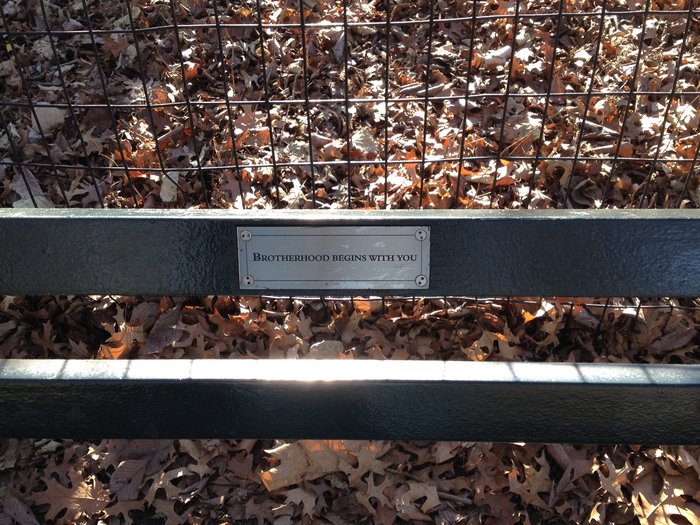 GI: Emma Neale also says of the story that the flash fiction form “heightens the sense of waste, of brevity, of tragedy.” Was ‘Gunshots’ always going to be a flash fiction?

PP: Yes. The short form, but particularly flash fiction, offers a canvas for sharp, precise and vivid observations. It compels and constrains. Every word matters and paints image upon image within the flow of language. A story about a young person contemplating and facing one of his truths and what that means to him and those he loves is perfect for flash fiction. The form and the story dictate that there should be no wastage in emotion and action and voice.

GI: In other pages of Flash Frontier you’ve been quoted as saying you’re a flash fanatic. What attracts you to flash fiction? Do you read much flash fiction, and who are the writers that inspire you?

PP: To tell a story in a tiny space with precision and playfulness with the language; to hook a reader with a phrase and an image; to create and develop the voices of characters and their lives in a confined moment…what a buzz, what a challenge as a writer. Works of flash are windows that we, voyeuristic writers and readers, peep through to catch the briefest of glimpses. We may not know what preceded what we are witnessing and we will not know what happens when we leave or are caught with our noses smudging the glass except that the story was ours for a moment and it will linger on without us.

In the flash format, I read our local artists in Aotearoa New Zealand predominantly. We truly are cutting edge and have a unique voice to share with the world. I tend to read writers of all genres of varying lengths. A well-constructed, entertaining and gripping story is a good story, no matter the amount of words. As I read, I learn how to structure a story and create characters from those writers I like. Poetry offers me the opportunities to study the rhythm and flow of language and the construction of images painted with specific words. Currently, I’m reading The Married Man by Edmund White and have just finished John Irving’s In One Person and a book of short stories by Joe R. Lansdale. All are master wordsmiths and painters of worlds. If You Can Hear This: Poems in Protest of an American Inauguration, published by Sibling Rivalry Press, currently resides in my backpack.

GI: What are your thoughts about how readers can engage with flash? Is it a form that more strongly lends itself to the Internet rather than book avenues? Do you have any plans for ‘Gunshots’ beyond the Internet community, for example? Could you see it in a collection of shorts, much like a collection of poetry, or in a narrative of shorts, a chapter of a larger story?

PP: Just jump in.  Immerse yourself in the flow of the language and float away on the imagery that the writer offers whether it is online or in book form.  Personally, I have a preference for tangible tactile pages that smell of old woods and autumn leaves.  It would be wonderful to have Luke’s story as a part of a collection.  I have many, many short stories, some that have been published and some that still live in the files of my computer and long to see the light of day (shameless solicitation).  I’m always contemplating my next steps as a writer.  Maybe a book of my short pieces? (Last solicitation, I promise). 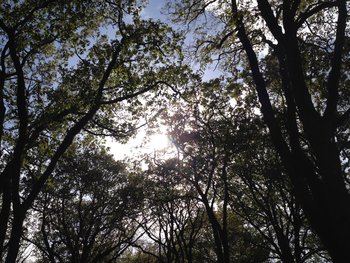 GI: When did you start writing flash? And has your style and the subjects you find yourself writing changed over time?

PP: I started writing flash in 2014.  Flash Frontier has been a brilliant avenue to hone my craft as a flasher and to share my voice.  I greatly appreciate the literary space (Thank you, Michelle Elvy and all of the editors).  Over these three years, I have written about many subjects in a variety of genres.  I like to explore science fiction and fantasy in the flash format as well as topics that I have read in newspapers.  Favourite pieces include a modern day Icarus flying across the Mexican/US border for a better life; a young man on death row reminiscing about a childhood moment before the lethal cocktail hits; a clipped-winged birdwoman who returns to her home through the use of multiple lovers and a hot-air balloon; Lucifer and Coyote two-stepping at the end of days; a blind woman telling her final story through the art of shadowgraphy; the random observations of a person on their way to their boyfriend’s tangi, and a family falling apart but finding salvation through science and religion.

GI: What was your first flash story published? What did you do to celebrate?