On the novelty of New Orleans, funerals and celebrations, and the fine art of editing and honing

Gail Ingram: Kia ora, Paula. As a novelist and writer of longer fiction, what draws you to flash? What aspects do you find similar to longer fiction and what are the major differences, do you think?

Paula Morris: Flash fiction is a demanding medium, because it’s asking for the shape, movement and resonance of a short story within much more restricted dimensions. Its compressed nature means every word counts, so you could argue it’s closer to poetry than the novel, say. It’s also a deceptive medium, because short doesn’t mean glib, gimmicky, anecdotal or slight.

GI: You have worked in many places all over the world, including teaching creative writing at Tulane University in New Orleans. Has the environment you’re in informed the way you work? And what aspects of the culture were you drawn to in New Orleans? Has it inspired any of your fiction works?

PM: I lived in New Orleans for six years, and wrote several books there – including Hibiscus Coast, my second novel, which is set in Auckland and Shanghai. But New Orleans shows up in a number of my novels and stories, including Queen of Beauty, written before I moved there. (I first visited NOLA in the 80s when I was researching my doctoral thesis, and two of the writers I was studying – Kate Chopin and Lillian Hellman – had lived in New Orleans.) My first YA novel, Ruined, is a love letter of sorts to the city and its history, as well as its post-Katrina chaos. It’s by far the biggest seller of all my books, in part – I think – because it engages with the city’s rich and complex past. New Orleans is not quite like anywhere else in the US, because of its peculiar history, especially the ‘free people of colour’ of the early nineteenth century. The title story of my recent collection, False River, is set in Louisiana, and begins in New Orleans, at a funeral. There are quite a few funerals in my work, I realise. At funerals, anyone can turn up.

GI: Tell us about some fiction you’ve recently read (flash or longer) that astonished you, and why.

PM: I’m reading Last Stories by the late William Trevor right now, in awe – as ever – of his skill as a writer and his willingness to explore the darkness of human nature in a quiet and acute way. Next I’m going to read the slim novel Speedboat by Renate Adler, which I should have read by now, and envy for its excellent title. The novel I’ve enjoyed most this year, so far, is Vincent O’Sullivan’s All This By Chance.

GI: Can you share one of your recent pieces – tell us a little about it and why you enjoyed writing it?

PM: My story ‘Isn’t It’ is a take on Mansfield’s ‘The Garden Party’, set in contemporary Mt Roskill, a suburb of Auckland. I wrote it for Katherine Mansfield and Psychology, published by Edinburgh University Press, and included it in False River. It’s from the point of view of the family with the dead relative, not the party-holders. I enjoyed playing with some key elements of the original, and turning one into a Samoan hymn. Also, I got to work in a joke about a sperm-repelling womb.

PM: New Orleans is a hard place to write about. It has a lot of glittering surfaces that appeal to outsiders, but these mask much darker and conflicted realities. The best stories here didn’t take the city at face value: they subverted expectations, or found a fresh angle. They cared about language and made it work hard.

GI: What recommendations or advice would you give to anyone interested in honing their craft?

PM: Be ruthless with your work. Interrogate every word, every sentence, every scene, every section. You should apply the skill of close reading to your own writing, not just published work. Why are you using all those adverbs? How can you make it new? 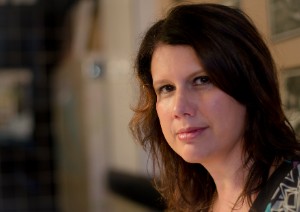 Paula Morris (Ngāti Wai, Ngāti Whatua) is the author of the collections Forbidden Cities (2008) and False River (2017); the essay On Coming Home (2015); and seven novels, including Rangatira (2011), winner of best work of fiction at both the 2012 New Zealand Post Book Awards and Ngā Kupu Ora Maori Book Awards. She teaches creative writing at the University of Auckland and is the founder of the Academy of New Zealand Literature.