Flash Frontier: Tell us about the genesis of the project. 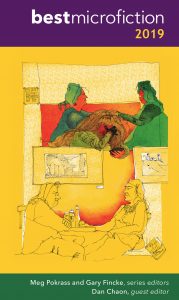 Meg Pokrass: I was thrilled to have 2 stories included in a recent Norton Reader, New Micro: Exceptionally Short Fiction (W.W. Norton & Co., 2018). Over at New Flash Fiction Review, the magazine I founded and manage, I decided to create an interview series with the authors in New Micro about their chosen stories, how they came into being. In the process of publishing those interviews, which are being written by wonderful interviewers such as Steven John, Tommy Dean and Sandra Arnold, I became even more fascinated with the microfiction form.

But I’ve always had a passion for very short pieces. This form is what I mostly focus on in my own writing. Most of my stories fall between 150 – 500 words. It’s my ‘sweet-spot’. I started to believe that a yearly anthology devoted to this form exclusively, pulling from all of the exceptional new work coming out these days from online zines (and there is so much of it) would be very exciting!

The clincher for me was when I asked Gary Fincke if he’d partner up with me on this (were I to do it) and he said he would. Someone with Gary’s years of experience and the literary heft Gary brings to us as an acclaimed author of many collections, former director of a great writing program, and beloved writing teacher was just what I needed to seal the deal. And then the amazing Dan Chaon agreed to guest edit our first anthology. So everything lined up just right. On top of that, Pelekinesis Press said they’d like to be our home for this. So, as you can imagine, it really took on a life of its own.

FF: How did you go about reading and selecting for this new volume? 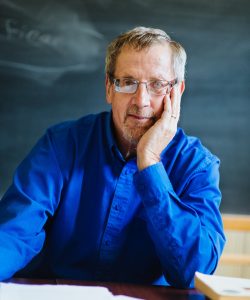 MP: Gary Fincke and I expected it to be tough sledding the first year as so few magazine editors knew of us. So we depended on wonderful, dedicated team of scouts as well as the submissions we received from magazines who found out about us over the year. It became a great combination of scout-found pieces and submissions. We’ve noticed that magazines don’t always nominate stories that we ourselves would have chosen. Of course, there are a limited number of nominations for each publication.

FF: How has your own view of flash fiction changed since you began writing it yourself?

MP: I’m not sure it has. If anything, I’m writing a bit less, which worries me. I think the tasks of editing and reading have been a bit distracting, and I hope to figure out ways to remedy this in the future.

FF: Do you think reading and editing works by other writers impacts you as a writer?

All that is true, there are usually layers that make the story-telling interesting. But what seems to matter most is the heart inside a story, like a generator or a heater.

FF: And, finally, how about a funny story from you, for this issue of Flash Frontier?

Curse of the Scorpion

Mom was in menopause, but with her scorpion-claw potholders on, she could still do anything with style. She’d sashay out of the kitchen and dance a bit—while baking cornbread or banana pudding—and introduce herself to the few boys I had over.

She was growing a tail, but she wasn’t mean. She’d yell, “I am not fierce!” which was embarrassing, but it only meant she was adjusting to her screwy hormones.

Really only one boy still visited me at home. Terry. I liked his sharpened features and the way his nose bent to the right. We were in deep. “Thickly hormonal,” Mom called it.

Sometimes she’d scowl at Terry and me and slam a few doors. I warned him about how, some days, she curled up on the kitchen floor to do mathematical calculations which involved both heat and sun.

Terry wasn’t worried. He pronounced Mom “elegant and other-worldly,” suspected a ghost had stung her in some way. I cried because it sounded so true, but he said he had read that it was nearly epidemic with menopausal mothers. No need to worry or make a big deal of it.

“Though it can be a bit confusing,” he said.

“But she’s got so much energy with those claw holders on. Right?”

I explained that she bought them from a kitchen store downtown the week after Dad went off to Brazil to live with Luna, our au pair. Terry hadn’t known about this until I told him, and I, until I voiced it, had not admitted it to myself.

Terry told me to stop worrying. She still made banana Margaritas, didn’t she? For him, in fact. Every day. He enjoyed resting near her, feeling the sun on his face. Sometimes, he’d hide behind the stove or wear mom’s bedroom slippers.

But mom’s curving tail…. It kept growing. She’d safety-pin it down inside her extra-large jeans. Sometimes it would ooze out through a pocket, as if looking for something to sting, or to love. 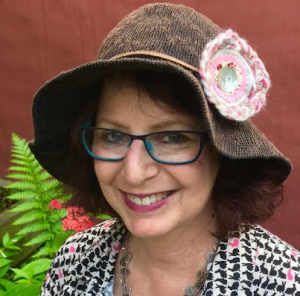 Meg Pokrass is the author of five flash fiction collections, most recently Alligators At Night (Ad Hoc Fiction 2018) and a novella-in-flash from the Rose Metal Press. Her work has been recently anthologized in two Norton Anthology Readers, Best Small Fictions, 2018 (guest-edited by Aimee Bender) and has appeared in 350 literary magazines both online and in print. Meg’s new collection of microfiction, The Sadness of Night Bugs, and a new novella-in-flash, The Smell of Good Luck are due out in 2019. She currently serves as Flash Challenge Editor at Mslexia Magazine, Festival Curator for Flash Fiction Festival, U.K. (Bristol), Co-Editor of Best Microfiction, 2019 and Founding/Managing Editor of New Flash Fiction Review.