In conversation with James Norcliffe…

James Norcliffe: People I’ve spoken to, especially writers, have described visiting the Antarctic as a life-changing experience. I imagine that this means that afterwards things are never quite the same. You suggest in your Antarctic blog that this has been true for you. Would you like to elaborate?

Philippa Werry: There is something about Antarctica that just stays in your head. It is so different from anywhere else, so beautiful and still largely untouched, and to know it’s there but so remote and inaccessible gives it a special flavour of longing. You can get to almost any destination in the world if you have enough money or time, or both, but (apart from scientists) most people are lucky to get to Antarctica once, let alone return.

JN: Visiting the Antarctica must challenge so many assumptions and expectations – despite all we think we know. What were some of the most surprising and unexpected things you experienced and grappled with?

PW: I read up a lot on Antarctica before I went, and also took the Antarctica online course offered by Vic Uni, so I felt I was going armed with some background knowledge. But I was still surprised by the cultural differences, which make you feel an odd sort of “culture shock” to start with. Scott Base is like NZ, but not; there’s none of the paraphernalia of everyday life – supermarkets, shopping, petrol stations, car parks; there’s little need for money, unless you buy a drink at the bar, and everyone dresses pretty much the same – Antarctica NZ gear outside, jeans and t shirts inside. Also everyone has an interesting story about what they are doing there or how they came to be there, and you’re constantly having really interesting (sometimes surprisingly deep) conversations with people you’ve only just met.

JN: In addition to your retelling of The Snow Queen in Wish Upon A Southern Star do you have other projects directly drawing on your Antarctic experience in the pipeline?

PW: I’ve been working on a children’s non-fiction book called Antarctic Journeys, due out early next year. So much has been written about Antarctica that it took me a long time to work out what I wanted to add. But when I was down there, one of the things that struck me was how nobody lives there permanently – everyone comes and goes; even the animals come and go as they migrate or return to breed, so I’ve collected lots of stories based around the idea of journeys – historic, scientific, artistic and many more!

I did love writing the reworked Snow Queen story and I’m still thinking about other possible Antarctic stories to tell. One tricky thing in writing fiction for a young audience is that young people don’t generally go to Antarctica, so it’s hard to have them playing a central role. Of course that didn’t bother Margaret Mahy – she just put them in a plane and sent them off! The Riddle of the Frozen Phantom is still one of my favourite Antarctic books for children.

JN: The tragic story of Scott, Oates and all still haunts our imagination. You visited Scott hut. How was that?

PW: Antarctica is the only continent where the first buildings still remain, and they are very moving places to visit. The Antarctic Heritage Trust has done such a great job of conserving them that you feel as if Scott or some of his team might walk in at any minute. I was lucky to get to both of Scott’s huts – the Terra Nova one, and the earlier Discovery one that was based on the design of an Australian bungalow, and turned out to be so cold they didn’t live in it much, but slept on board ship most of the time. The Terra Nova hut feels very special because they did live in it, and you can recognise parts of it that show up in old photographs, like the bunks and the table they sat round for Scott’s birthday dinner.

JN: You say in your blog that the environment intimidated you. I can imagine the vastness, the cold, the hostility. What was it especially for you?

PW: I’m not a very outdoors-y person so I felt quite out of my depth quite often! I think it was partly the weather, not being able to read or predict it but knowing how quickly it could change. There are a lot of rules to follow whenever you go outside and it gets drummed into you that the environment is very unforgiving, and you must never take it for granted. The day we visited the Discovery hut, we also climbed up to a memorial up on the rocks above it, and the wind turned icy cold within a few minutes. It made me wonder yet again how those early explorers managed with the clothing and equipment they had. But people at Scott Base are lucky in that they are given training and lots of opportunities to go out and do things – at McMurdo, most of the Americans never go anywhere.

JN: Can any of the arts (music, painting, writing, photography, film-making) ever come close to capturing the actual Antarctic experience?

PW: Ooh interesting question – I guess you could ask the same about anywhere in the world, in fact. Can the arts ever capture the experience of being in India, or Italy, or Africa, or Tibet? We are lucky with the variety of NZ artists who have been sent down to Antarctica over the years, and they have produced some amazing work. Jane Ussher’s photographs of the historic huts would be some of my favourites, and Anthony Powell has found some clever ways to show the landscape on film, like his 2-minute time-lapse video of 24 hours of daylight.

PW: I feel very lucky to have had the chance to go to Antarctica!

He sits in a deck chair under a tree. Sunshine filters through the leaves, but the English sun is not strong enough to warm his heart. If only he thinks, if only. If only they had not been held up by blizzards at the start; if only Taffy Evans hadn’t fallen; if only he, Cherry, had been better at navigation; if only there had been more food for the dogs; if only he and Dimitri had stayed longer, gone further to look for them, if only.

Sometimes in the long, dark nights he hears the cry of the emperor penguins and he wonders who is caring for the precious eggs at the museum.

He turns it into a book about the worst journey in the world that is really about the joy of finding friends and the intolerable despair of losing them.

One day he goes to stand at the end of the long afternoon and everything turns hazy and white. Out of the mist they walk towards him, smiling. Scott and Oates and Taffy and at the front his dearest friends in all the world, Birdie and Uncle Bill. Come with us now, they say. And, none of it was your fault, Cherry. And friend. 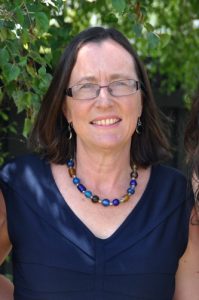 Philippa Werry is a Wellington writer. In 2017 she visited the Antarctic for a week with the Antarctica NZ community engagement programme (formerly Artists & Writers to Antarctica) at Scott Base. This programme has over many years given writers, artists and photographers to visit and record their Antarctic experience. Philippa has a website and a blog, Going to Antarctica.