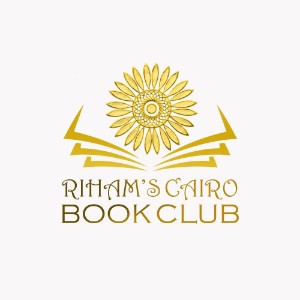 Flash Frontier: How did you begin writing?

Riham Adly: Having lived in Egypt, in Gizah, with the back drop of the great Gizah Pyramids inspired me to delve into the stories of the past.

In 2013 there had been an open call for the Makan Award Contest with the theme of “Makan” or places. I had just finished writing the first draft of a historical novel I was working on and was pretty excited. We were to write about one of three locations: Al Hussien district in Old Cairo, The Quait Bay Citadel in Alexandrian or the infamous, possibly haunted, Baron Palace in Heliopolis, Cairo. I wrote about all three but the story I wrote about the Citadel was the one that won. 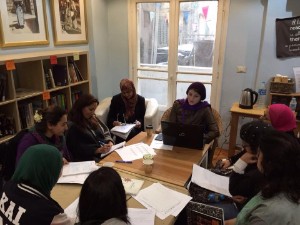 After the success of Rose’s Cairo Book Club, and our many animated discussions of the story form and its elements, I received request to start a writing group, and from there I started teaching fiction. I also started a tight writing group on facebook.

FF: What is the thing about short fiction that inspires you most?

RA: Short fiction has the ability to swallow the reader into that made up world of the writer in few words. You end up loving it or at least having learned something out of the experience.

FF: Is your writing political or personal – or both?

RA: A lot of my writing is feminist, focusing on women, how they feel, how they’re treated. How women are treated and the restrictions they face, is part of the Middle East’s Policy. Patriarchal tyranny is what the culture is all about.

FF: How did you evolve into a writer, and how does your own history/ geography play a role in your writing?

RA: I started writing to pass the hard days waiting to hear about my father. He had stage-4 Pancreatic Cancer and was dying. I didn’t know at the time. They kept him away, and I had to distract myself with something, and that’s how it all started.

Egypt’s history is full of stories; some are quite fake as they’ve been rewritten by the conqueror. I love finding out the truth about things and have a soft spot for the aged and the antique. 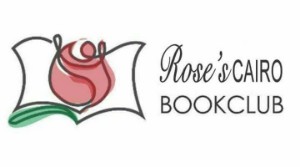 RA:Rose’s Cairo Book Club was a labor of love. Two years ago, I decided it was about time to have an outlet for people in Gizah to self-express in English – I’ve had lots of requests. The initiative had a splendid start. I rented space in bookstores and co-working spaces, and did three consecutive rounds in the American University of Cairo, Tahrir branch, discussing Arabic literature in translation. I chose to call it Rose’s Cairo Book Club, because to me roses stood for all that is fragile and fierce at the same time: a rose looks pretty, but has thorns; you’d have to get through those first before you cut the rose. People started calling me Rose, thinking I was another enthusiastic expat, so I changed the name of the book club to Riham’s Cairo Book Club.

FF: Thank you for sharing your story ‘My Wife’ from The Cabinet of Heed, Issue 12 with us today. Please tell us a bit about it.

RA: The story I am sharing is titled ‘My Wife’. Through the linked suite of flashes you’ll notice the behavioral pattern of the husband towards his wife, what he thinks of her, and his limitations reflected on her; he is faced with those limitations in the end when he comes face to face with his deceased wife’s letter, exposing the many truths he ferociously denied. 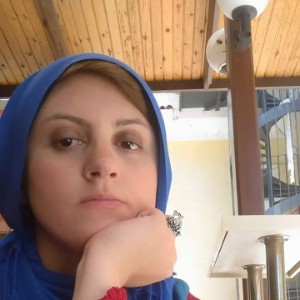 Riham Adly is a mother and ex-dentist, and is trying to be a full-time fiction writer/blogger. She is also first reader in Vestal Review Magazine and has worked as a volunteer editor in 101 words magazine. Her fiction has appeared in journals such Bending Genres, Connotation Press, Spelk, The Cabinet of Heed, Vestal Review, SoftCartel, Writing in Woman’s Voice, Ekphrastic Review, Cafelit, FictionalCafe.com, FridayFlashFiction, Flash Boulevard and Page & Spine among others. Her short story ‘The Darker Side of the Moon’ won the Makan Award contest in 2013, and she was recently short-listed in the Arablit Translation Prize.