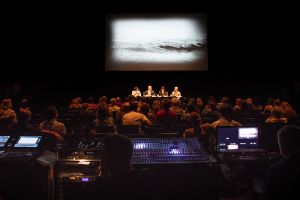 Flash Frontier: Welcome, Herr Schreiber – and thank you for taking the time to speak with us for this special edition of Flash Frontier celebrating the city of Berlin! Let’s begin with the origins of the festival: What was the inspiration behind the festival?

Ulrich Schreiber: In 1998, I travelled to Erlangen to the Poetenfest, in 1999 to Medellin, Colombia, to the Poetryfestival and in the year after to Toronto, where I participated in the Harbourfrontfestival. It was a great experience to see all these international writers come together in one place. I thought: why does Berlin not have an international literature festival, underlining its international cultural spirit? That was how it all started.

FF: Your website states that the festival examines ‘present contemporary developments in prose, poetry, non-fiction, graphic novels, and children’s and young adult literature from all around the world’. Can you give us some highlights from past festivals? What selections in particular have been examples in new developments in literature that have been presented and examined at the festival?

US: Today, literature doesn’t always come in the same old familiar shape of the novel or the poem. Literature is generally more hybrid. In the past years, we have, for instance, organized events on the story-telling of video games, we have invited young song writers and spoken word artists and continue to present graphic novels and fabulous illustrators like Shaun Tan. Besides, the festival has always put an emphasis on the political stance of literature. We have, for instance, commissioned literary reportages on the situation of refugees worldwide. We have also asked authors to think about the future of artificial intelligence through short stories. 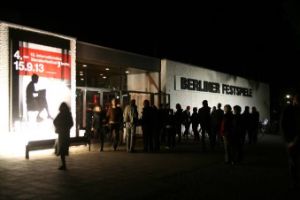 FF: Yes, we note that your website adds a political point of emphasis: ‘We debate exceptionally current political topics and academic discourse and actively promote reading and teaching literature.’ We note, also, that recent panels have included ‘Germany Reads for Hong Kong’ and provocative titles such as Instructions for Becoming a Fascist’. Can you elaborate here? Do you think politics are inherently part of the literary discourse?

US: Some writers have told us that ilb is the most political festival they have ever been to. And this might be true. We organize collective readings for democracy and freedom and ask writers to take a political stance. Literature doesn’t need to be overtly political, but we encourage authors to speak out loud about politics and to engage the audience in a dialogue about the current situation.

FF: How has the festival changed over the years since its early days?

US: The festival began in 2001. At the beginning, it was run in a DIY manner out of my flat. Over the past years, it has grown bigger and more professional. We started with 100 authors; now there are 150-200 coming to Berlin each September. 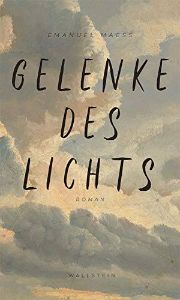 FF: Can you tell us more about the Word Alliance?

US: The Word Alliance is a coalition of some of the most influential literature festivals in the world. We exchange ideas amongst each other and try to work together wherever possible.

FF: You offer a special evening ‘Literatures of the World’ in which works are read in the original and then in German translation, with a discussion. What can you say about works in translation; do you think the works are often enhanced by being translated? Do we come to a greater understanding of themes or language by hearing works across languages?

US: Literatures of the World is our core program section. We usually present approximately 50-80 authors from all over the world. Many of them haven’t been translated into German before and we commission short German translations of excerpts from their novels and poetry collections. For Berlin audiences this is a great chance to discover new writers they otherwise couldn’t understand. So I believe that translation is a very important art. A friend of mine, Vanni Bianconi, organizes a whole litfest around the idea of literary translation: It is called Babel. Check it out!

FF: You also offer an evening with focus around past authors – some who may have even been forgotten by now. Can you illuminate why this is an important feature of the festival – and tell us some of the authors who have been included in this portion of the festival?

US: The literature of the past continues to shape contemporary literature. Writers are inspired by writers who are not living anymore. We wanted to pay tribute to this. In the past years we have dedicated events to better and lesser known authors, for instance W.G. Sebald, Lucia Berlin, James Baldwin and the Syrian poet Nizar Qabbani.

FF: Who are some of the new German voices you have showcased at the festival? 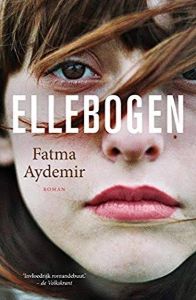 US: We have, in fact, an evening called New German Voices that presents two German authors who have just published their first novel or story collection. Among them have been writers such as Fatma Aydemir, Bettina Wilpert, Senthuran Varatharajah, and in 2019 Miku Sophie Kühmel and Emanuel Maeß. All of them have won important literary awards in Germany.

FF: How does current German poetry and prose fit into the international landscape? What trends can you see in German writing?

US: It seems to me that German literature is becoming more diverse. There are new voices that haven’t been heard as much before. For instance, queer authors and authors who haven’t been born in Germany or whose parents stem from somewhere else. There is a new richness of experience as well as a political drive in contemporary writing.

FF: How does being situated in Berlin make this festival unique or special among literary festivals? How does the vibe of the city contribute to an enthusiasm for, or an awareness of, literary developments?

US: Berlin is a vibrant city that has always attracted authors. And rightly so. In addition to its rich independent scene, the city has many beautiful venues that celebrate literature and offer a space for cultural discourse. We see our festival as being part of this network. We regularly cooperate with other institutions like Brecht-Haus, Literaturhaus Berlin, LCB and the American Academy, both set a little bit outside of town by the shore of Wannsee, and the Central Library – to name just a few of them. 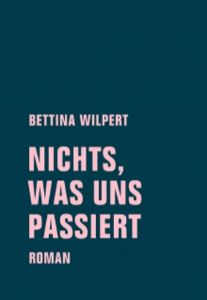 FF: Are you from Berlin yourself? Can you tell us a bit about your own background, and your relationship to the literary scene? How has your view as a Berliner shifted over time, or how does it inform the way you move in the world?

US: I was born in Solingen – a town near Cologne. As a young man, I worked as a mason. Before founding the international literature festival in 2001, I did many other things: I studied and worked as a construction engineer, trained to become a teacher for Politics and Russian, edited a cultural magazine… Since 1973 I live in Berlin.

FF: For people who have never been to Berlin, can you share with us five words that best describe Berlin?

FF: Vielen dank, Uli!
Ulrich Schreiber was born in Solingen in 1951. He studied philosophy, political science and Russian at the Free University of Berlin and passed his second state examination in 1984. From 1979 to 1981 he worked as an editor for the leftist magazine Moderne Zeiten. In 1980 he co-founded the Berlin Volksuniversität and in 1983 the Hamburg Volksuniversität. In 1985 he organized the German-Italian Cultural Festival in Hamburg. In 1989 Ulrich Schreiber founded the International Peter Weiss Society and subsequently in 2001 the international literature festival berlin (ilb), which he leads as the festival director. The festival focuses on contemporary developments in prose and poetry from around the world, which can be found in the festival sections Literatures of the World, Reflections, Memory, Speak, Specials and International Children’s and Youth Literature. Within the framework of the festival, Ulrich Schreiber launched numerous initiatives, including the regular Worldwide Readings, which draw attention to current political topics.

Schreiber is a member of the PEN Centre Germany. Together with Hans Ruprecht, cultural manager from Berne, Ulrich Schreiber is the founder of the Odessa International Literature Festival, which took place for the first time in Ukraine in 2015. He lives in Berlin.