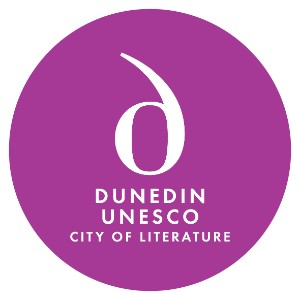 Flash Frontier: Dunedin has long been an important writing and publishing centre in New Zealand. Can you tell our international readers more about the city, and its cultural, historical and literary roots?

Kay Mercer: With a pedigree that includes Katherine Mansfield, Janet Frame, James K Baxter and O E Middleton among its forbears, we have good literary bones in Dunedin. Dunedin was formed in the 1840s by European Settlers, many who brought a distinctly Scottish influence which still endures today. The City lies within the Ngāi Tahu tribal area of the South Island, and grew from the Otago Harbour, home of the Ngāi Tahu village of Ōtākou. From initial small beginnings, Dunedin saw huge expansion during the gold-rush of the 1860’s which brought wealth enough to establish the University of Otago, New Zealand’s oldest university. Throughout its history, whenever there have been periods of prosperity, the movers and shakers of Dunedin had the foresight to invest in its arts and cultural institutions, so despite our modest size we have a generous number of art galleries, libraries and museums to enjoy. I consider this to be a highly-cultured city, which is both supportive of writers and a most beautiful place in which to write. As well as being home to the longest-running daily newspaper in the Otago Daily Times, Dunedin has a strong publishing history – Whitcoulls originated here, and Dunedin-based A.H. Reed was a major New Zealand publisher for most of the 20th century. Landfall, New Zealand’s oldest and arguably most important literary journal, is a Dunedin institution, as are Otago University Press, New Zealand’s oldest academic publisher and Otakou Press. I could go on!

FF: In 2014, Dunedin became New Zealand’s first UNESCO Creative City when it was awarded this ‘City of Literature’ status. Can you tell us how this came about, and how this has changed – or might continue to change – Dunedin’s place in New Zealand?

KM: Dunedin’s application to UNESCO was driven by a steering committee and an advisory board of writers, librarians and academics from a range of Dunedin institutions. The bid highlighted the quality of the city’s considerable literary heritage, its diverse combination of literary events, businesses, institutions and organisations, plus its thriving community of writers, playwrights and lyricists, all of which meant we met the criteria for being awarded City of Literature status. Dunedin Public Libraries’ Manager Bernie Hawke was involved from an early stage in the process (since 2010) to secure City of Literature status, and our bid was supported by six other Cities of Literature around the world as well as our Sister Cities Edinburgh and Shanghai. What we’ve seen, since becoming New Zealand’s City of Literature, is more attention from writers and other arts practitioners – a realization of our worth as a seat of literature and culture, and a sense that this is a great place to be a writer. Our City of Literature Director, Nicky Page, has worked very hard to foster strong links with other creative cities, and there has been a snowballing interest in Dunedin as a destination as a result of the world’s growing perception of our thriving arts culture. I see us continuing to develop new friends in other parts of the world, new exchanges of artists and ideas, and an explosion of inspiration to come.

FF: One of the goals of the City of Literature programme is to foster creativity and collaboration. Can you tell us more about how the Library is involved with this? Are these projects Dunedin-focused, or international in scope?

KM: It varies. There are quite a number of events every year, which the Libraries partner with Dunedin City of Literature to co-host, usually based at one of the Libraries and with the two organisations sharing responsibility for coordinating them. Sometimes we feel it appropriate to retain a Dunedin focus, perhaps because we want to celebrate local writers or a feature unique to our city, but more often we have an eye to broadening our horizons and finding ways to share our ideas and activities with other countries. Literary competitions are an easy way for us to do this. For example, we’ve had good success with the Robert Burns Poetry Competition in this way, drawing the attention of Scotland, the US, Australia and Canada.

FF: You also work with schools and independent initiatives to bring children into the literary scene, and to encourage more creativity and independent thinking in our young people. How does your role facilitate this?

KM: My colleague, Su Ikin and I have two distinct roles. Mine focuses on event creation. Su’s is an outreach role, working with organisations to foster literacy in children and encourage a lifelong relationship with the library. Between us we facilitate events and workshops for schools, but in my role I also work to bring children’s authors and our younger customers together at literary days for families, such as our annual children’s book days. We also have a well-established and ever-popular children’s summer reading programme to ensure children maintain their reading skills over the long school holiday break. This year, our annual children’s day, a partnership with University Book Shop Otago, will ramp up to full literary festival status. Between us we have fostered the creation of the Ignition Kids Children’s Book Festival Trust, which will enable us to bring some very big stars to Dunedin in November for an exciting day celebrating children’s literature, and exploring strategies to improve literacy.

FF: How long have you been working for the Dunedin Public Libraries, and how did you come to your role as Events Coordinator?

KM: I’ve been working for DPL for 10 years. I started in Information Services as a reference librarian, but clearly had a penchant for event management, and stepped into that role when it came up five years ago.

FF: What are your own personal literary pursuits? Do you have a poem or story that you would like to share? 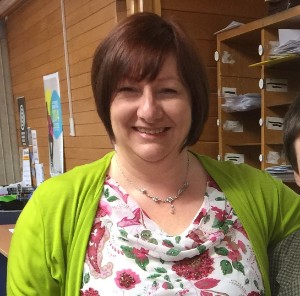 KM: I read voraciously as you would expect from any librarian. My tastes tend towards historic and speculative fiction in the main, but anything well-crafted with a slightly ethereal bent will snare me. I adore Erin Morgenstern’s The Night Circus: a story that just made itself at home in my heart, and will not leave. I dabble a bit with my own writing, but not seriously. It’s one of those things I plan to take up full-time when I win the lottery.

Thank you, Kay, for sharing your beautiful city and its creative projects with us!