Flash Frontier: When did you start writing flash fiction, and what drew you to the form? 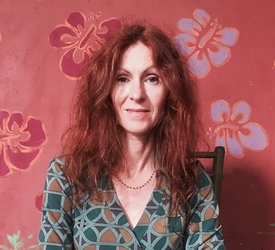 Catherine McNamara: I used to think of myself primarily as a short story writer and started writing flash nearly two years ago because of time constraints in my domestic life that drove me to seek to focus, compress and produce fast results. The first flash I wrote, ‘As Simple as Water’, is still one of my favourites and came out in The Collagist, and was also in the Wigleaf Top 50. Although it was a long while before I felt that I had any idea of what I was doing. For many months I forced myself to write a 500-word piece every morning, until it became a sort of drug, and then these stories shaped themselves into an arc, and now I have a collection just about. I hadn’t read a lot of flash before I started what I initially saw as an exercise in control and story-telling, but as I began to submit I read many wonderful pieces. And I haven’t stopped since.
K M Elkes: I started in 2012, the same time I started writing seriously. That word ‘seriously’ is important. Previously I’d dabbled at writing here and there, but I finally decided to work hard at learning craft and submitting for publication. Flash is great for both of those and that was half of the appeal. But it is also a serious mode of fiction prose in its own right. That was the other half.

FF: Where do you draw inspiration today? Tell us about your writing environment, and whether it informs the way you write.

CM: I’ve just had a quick look at my flash collection and see that I am inspired by issues of love, betrayal and deceit, pain and death, age, isolation, sex, abuse, older love. Yes I have delved into my own life for happenings and settings, but I have also picked up on conversations or observed people within their lives, then gone home and shaken down my thoughts. I love the art of story invention. My writing environment is a quiet, isolated country house in northern Italy, so it is well-suited to contemplation, and I guess many of the houses and countries I have lived in have slipped into my work. 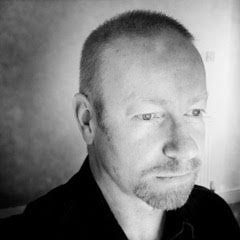 KME: I have worked in journalism to some degree for most of my working life, so obscure news stories can inspire. I find train journeys very good for generating stories, and I’m lucky enough to live in a village just outside a city so long walks or runs either clear my head or clarify ideas. I’ve also travelled a lot, mostly as a backpacker, sometimes to dangerous or obscure places and those experiences inform a lot of my writing. I guess what all this means is I need to be on the move to get my creativity flowing. And, of course, I read a lot.

FF: Tell us about a flash fiction you read recently that knocked your socks off, and why.

CM: Kathy Fish’s ‘Collective Nouns for Humans in the Wild’ – a milestone piece. Because it is lyrical, enraged, careful, impactful. It transcends story-telling and carries a lesson for all. Within the story there is a writerly love of words, there is a crescendo of motion and meaning, there is a final resonant chord that continues to draw you back into the work. Brilliant.
KME: The Hostage, by Amelia Grey in the New Yorker. It’s playful, structurally adventurous and assured.

FF: If you had one main piece of advice for someone interesting in honing their craft, what would it be?

CM: To write from your belly and then go away. Come back and then go away. Separate your own work time from the time that you read the works of others. Be informed and observant. Know your strengths but don’t show off. Cut back, prune, eliminate. Don’t be afraid to throw mediocre work away. Channel your energy – eat and sleep well so you give your best energy to your writing. Let go, free fall, and allow the story to happen. Accept rejection, get on with new stories, new ideas.
KME: What, apart from reading? Then for flash fiction it would be ‘write hot, edit cold’. When you write a piece let it all hang out, don’t self-censor, don’t think, close your eyes and just let the words come, no matter how strange they seem. Enjoy the freedom. Then edit with a more analytical mind. You might be surprised at the results.

FF: Can you share one of your recent pieces and tell us why you enjoyed writing it?

CM: ‘Love is an Infinite Victory’ came out in Ellipsis Zine this week and I was thrilled to see that lots of people read and enjoyed. I do like writing quiet pieces about overlooked people, and I like simple even blunt story-telling – the ramifications of the things that happen to us and to those around us. It is set in Paris partly, where I used to live and where many of us are drawn, and it is about love and death. The story was almost spoken to me.
KME: ‘Black Windows’, published in Fiction Pool. It was written pretty much in my head while out training this summer for a half marathon (so I had plenty of time to think about it!). There was a tattered poster for a circus on the telegraph pole where I stretch out before running. Later I passed a series of pastel-coloured houses. I noticed the contrast between the black, blank windows and the friendly house colours. It started a series of interesting connections that became this flash story.

CM: The stories were a pleasure to read and thank you to all writers! There were quite a few dealing with car crashes, while others explored the various possibilities of the word ‘crash’ – waves crashing, glass shattering, ideas crashing down, the sooty imprint of a trapped bird on glass, even an interplanetary collision. I was most entranced by simple, raw stories that tried to unfold the idea of some sort of impact, followed by change or injury; stories that searched succinctly beyond the obvious, stories that grew richer with each reread.

KME: I enjoyed reading the submissions for this issue, there was a good breadth of stories and, pleasingly, some original approaches. That’s one of the key things I look for when reading submissions derived from a theme or prompt (which I normally do as co-Editor for the A3 Review). Has the writer simply gone with the first idea, or let the theme/prompt dwell, let little shoots of imagination develop? Prompts are just catalysts – if a theme is wings, you don’t have to write about flying. Some of the pieces I read felt fully formed, but there were some where the author needed another few edits, not just to take out words or clauses that were redundant, or state something in a more economical way, but to enhance resonance. A few started promisingly, but the voice and tone of the piece wavered too much. Others were nearly there and felt strong until the end, but fizzled out rather than doing what all really good short fiction does – leaving the reader not quite ready to look up from the page, even though the words have ended.