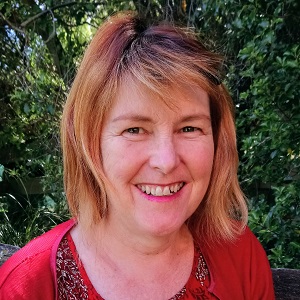 There were 63 youth entries this year, some straightforward, others strange; some stark and others baroquely embellished. We enjoyed reading through them, and were pleased to discover that, without any consultation, our ‘yes,’ ‘no’ and ‘maybe’ piles looked almost identical when we’d finished.

So, what were we looking for? One-page stories are tricky. You may think: only 300 words – that’s easy. But it’s not. In those 300 words you must convey a time and place, an atmosphere, characters and something happening. The advantage of such a short story is that a writer can interrogate every word. Can it be improved? Does it add musicality as well as sense to the sentence? Is this phrase predictable, or delightful and surprising?

We sifted through the ‘yes’ and ‘maybe’ piles again, looking for reasons to reject stories. Lots of exclamation marks? Out. Words that are repeated due to poor editing rather than for effect? Out. A clichéd expression or overblown concept, such as ‘being heartbroken’ or ‘turning to ash’? Also out. Other good stories were let down by their endings. Poor endings included trying to summarise or explain the story, and/or death. Several seemed to have ended where they did simply because the writer had reached the word limit. Most disappointing were the promising stories that ended with a moral lesson complete with drumroll and flashing lights.

Some of the stories that we liked very much were almost poems. That is, they had the lyricism of poetry, the joy in language and rhythm. But nothing happened – they were focussed on the language, rather than have a character do something or experience something, and so the story element, essential to flash fiction, was lost.
Not all stories revealed themselves on the first reading – in fact all the best stories held subtexts that rewarded repeat reading. Others that were less skilful had beautiful imagery, but it was obscure rather than mysterious.

We thought we’d put together some advice for next year’s entrants: 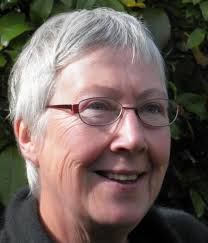 Not only did we have little difficulty choosing our long and short-listed stories, we found that we had picked the same top three stories. But ranking the three finalists turned out to be the most challenging part of the judging process. Three exceptional stories. Three pieces of excellent, but very different, writing. We could both argue for giving each of them first place. All three have mature voices; they show us feelings; they’re cleverly crafted. They reveal enough for us to understand something that we hadn’t thought about before, but they don’t tell us everything. They made us think and feel. But we had to make a choice, and here it is:

Five rules for liking girls when you are young and prone to heartbreak is a stunning title. The narrator is really talking to themself as they set down the five rules, sometimes in the second person as ‘you’. They remind themselves why each rule is necessary, and together the rules tell a story about what the narrator rather cruelly dismisses as their schoolgirl crush. They even manage to indicate a potential escape route from the wonderful misery of their own lovesickness. There is a lot here: a believable setting, a resilient and self-aware character with a wonderfully wry and self-deprecating voice telling an unfolding story, and yet the whole feels roomy, unhurried and important.

Funeral Hymn for a Lost Toy is a strange and wonderful story that doesn’t begin to reveal itself until near the end when we read Last year I watched my grandmother fall, and no matter the force I could not scrape her back together. Last year I saw my mother‘s chest torn with the grief of it. And now the earlier part of the story, about the way women are socialised very young to take responsibility for fixing others’ happiness, becomes clearer. Instead of prayer, this narrator is learning to stitch, to sew objects and people back together. There are some unforgettable images – we loved ‘the lines in your thumb become a ruler’. The language is poetic, metaphorical and unexpected. No clichés here. It’s a story that explores large themes of feminism, and a broken-down world in the language of fantasy; it’s a story of many layers you want to come back to, and rewards the reader each time.

Gummy Bears contains the wonderful line: I told my Mum I was dropping out of home-schooling to get a job as a construction worker and spend the rest of my days tailgating on the beach with Coke and Haribo. The narrator is musing about confectionery, dreaming of a TV advert existence, but behind the obsession with Gummy Bears is a story about the experience of serious illness. The narrator relates how they managed to consume gummy bears when on a liquid-only diet, and wonders about getting them into a drip. This narrator is seriously ill, possibly facing death, but illness and death are not mentioned. We love this story because it’s told lightly — I laughed the first time I read it — but it is very serious. It is carefully crafted. Each short paragraph advances our understanding of this narrator and their circumstances.

Congratulations to all the finalists!
Eirlys and Gail