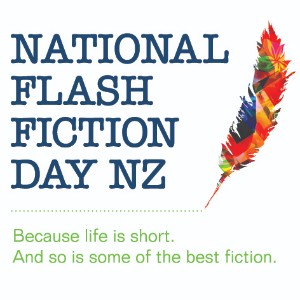 Flash Frontier: Your have published works of prose fiction, poetry, educational material, academic articles, philosophy and language critiques. In other words, you are widely read and clearly interested in various kinds of writing. You are also passionate about advocating for an idiosyncratic NZ English fused with te reo elements. Would you care to expound on this idea? Do think this approach to voice can open up the possibilities for writers? And how do you think your various experiences with and approaches to writing influence the way you read the works of others?

Vaughan Rapatahana: Kia ora mō ngā patai. I am a critic of those agencies (think British Council; IELTS; TOEFL) of ‘standardized’ English language, which enforce their tongue on communities where English is not a first language – thus suffocating the indigenous languages and inherent cultures of such communities. This is a burgeoning global phenomenon and we have called this the English language Hydra in two books that I instigated and co-edited, namely English language as Hydra and Why English? Confronting the Hydra (Multilingual Matters, 2012 and 2016, respectively). For our language – whatever it may be – is an existential force that channels our cultural mores, our historical truths, our epistemological stance on the world. Ko taku reo taku ohooho, ko taku reo taku mapihi māurea. My language is my awakening, my language is the window to my soul.

Accordingly, yes, I am all for an idiosyncratic english (deliberate lower case) as pertaining to the locale where it is nurtured. If this includes aspects of te reo Māori, all well and good, although this aspect is not an essential. Because I would much prefer Māori to be accorded the stand-alone status it already has, i.e., as one of Aotearoa New Zealand’s two official languages (sign language being the other – English has never been accorded such status legislatively, by the way). And to be spoken and written far more than it is: thus, unadulterated by neologisms and transliterations and bastardization. Please check out this link where I write about how best to counter the massive profit-making culture-killer that is the English language Hydra, via an english anywhere.

There I state that all writers can be freed up to write without preconceived notations of style and format, usage, the faded tenets of ‘how to write a poem’, grammatical ‘correctness’ etcetera. Because of this, I am very keen and often excited to see experimental work that challenges the Hydra and therefore the intrinsically ingrained cultural attitudes the English language contains. Vive la difference. And if not english, then, by all means write and read in your own indigenous tongue. Write in a mixture of tongues, I say.

All of which leads to the statements below, eh.

FF: Your own work features a distinct voice that captures mood and character – and is not afraid of difficult terrain, be it social, political or emotional. Excerpts of your work, recorded, can be found at six pack sound, and they range in topic from landscape/topography to politics/history to personal/emotional. These recordings include both English and Māori readings. Can you discuss the way you go about writing, depending on whether you are approaching a topic that is deeply political or historical or personal? And is there a different mindset for you, depending on whether you write in English or Māori? 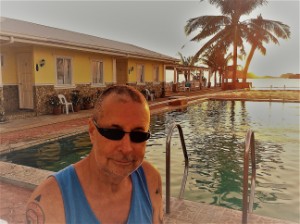 VR: Kia ora ano. If not creating a poem, and writing an ‘academic’ type text, then I do put in a lot of reading, study, thinking and reading again through what I have written, copious times. Although I detest the strict nuttiness of APA expectations.

Personal, thus poetry in the main, comes from a different wellspring, another side of the brain and it just comes as koha. I then will rework what arrives poetically – often in most cases – for nothing ever arrives ‘perfectly formed’. Similarly, and generally whether it suits the topos and/or it matches my emotional make-up at any given time, I will choose which language to write in. That said, I do tend to use both languages in the same piece…and also Tagalog and Cantonese at times.

FF: It is often said that flash fiction and prose poetry are closely related. In fact, one could argue that poets make excellent flash fiction writers. What writing techniques do you see honed in the practice of compressed writing?

VR: Economy of expression, yet despite this bare necessity of words, an ability to write in a new, previously untrammelled way: that is, creating something striking with fewer words. Less = more. Of course, not all poets can readjust to prose poetry or flash fiction, which – by the way – I am not so sure about as regards their close proximity. Less text yes in both genre, but flash fiction seems more concerned about a narrative of some abridged sort.

FF: What are you looking in the entries in the inaugural te reo Māori NFFD competition – for both adult and youth categories?

VR: Entries! To capture what it is to be Māori, which is inevitable if the work is well-written, because – as noted above – language and being are symbiotic.

FF: Do you feel that this first te reo Māori NFFD competition can contribute to the development of Māori writing?

VR: Of course. Any writing in and exposure to te reo Māori will contribute not only to writing in and for Māori, but encourage others to do the same; or at the very least, to appreciate this vibrant and variegated ontological voice within the shores of Aotearoa – and nowadays without, of course.

FF: Why is it important to include the te reo Māori category in this national competition?

VR: For the reason as expressed earlier. It is not only our official tongue, but it is also our indigenous tongue. Quite simply, if there is no opportunity to write in te reo Māori, it will not be, cannot ever be, a national competition, but rather a market for the Hydra to lick its lips about and then rush to join in.

English Language as Hydra
Why English? Confronting the Hydra