Flash Frontier: It is often said that flash fiction and prose poetry are closely related. In fact, one could argue that poets make excellent flash fiction writers. Do you agree with this? Or do you feel there is a clear distinction between what is poetry and what is not? Can you give some examples of the very fine line between poetry and flash? 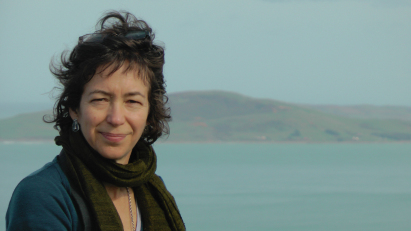 Sue Wootton: Compressed forms tend to make poets of us all, because the fewer words you have to work with the more work you want each of those words to do. So yes, perhaps poets start with a bit of an advantage since they are already familiar with using distilled language and constrained form. But the ‘fiction’ aspect of flash demands a commitment to the idea of story: the passage of time, development of character, something that happens, a transformative moment. And whereas the basic building block of poetry is the line, in flash fiction it is usually the sentence. Which is a good place to suggest that Jac Jenkin’s ‘Settlement’ (2016) is a terrific example of the overlap between prose poetry and flash fiction. It’s carefully crafted with the line and the sentence in mind. It pops with concrete imagery (“one femur has a spiral crack; its neck has been gnawed by rodent teeth”), has rhythm, uses alliteration (“am I fleshed or flayed?”), and speaks as much from the white space between the words as from the words themselves.

Tracey Slaughter: Colour outside the lines! I think one of the exciting things about flash is its ability to blur and fuse forms, to stretch and unsettle the stale norms of genre, to raid the borders of poetry and prose and steal what’s pulsing and alive from each. I’ve never been a writer happy with an utter divide between poetic energy and prose drive – what delights me is flash fiction’s capacity to lace prose with sound-awareness, spike the lyric with narrative angles, blend lush imagery with tight directional story. For me, the most exhilarating space to work in is the haze between flash-fiction and prose-poem, where the story’s need to slice to the action and heat is met with a lingering ear for the bodily atmosphere and musical pull of each word, the tension of sentences and the white spaces between.

FF: Tell us about your own experience of writing flash fiction. What do you enjoy most about writing in a small space on the page? How would you characterise the experience – and the balance between confining and freeing?

SW: I really like the challenge of writing fiction in such a restricted way. I like feeling the first baggy draft tighten up with each pass – such a satisfying process. It makes me focus tightly on each mark I put down: is it necessary; how does it propel, expand or reinforce the story? It’s worth the frown-time whittling and tinkering for that exhilarating moment when it all comes together. That’s the excitement of constrained forms, this sudden energetic leap into grace that can occur from steadily increasing the pressure. When it’s ‘just right’ it seems to have an elastic poise that is both completely sturdy and full of flight.

I had that experience with my flash piece, ‘Calligraphy’. I originally tried to write it as a longer story, but it wouldn’t move. Only when I started honing back to its core did it start to come to life. 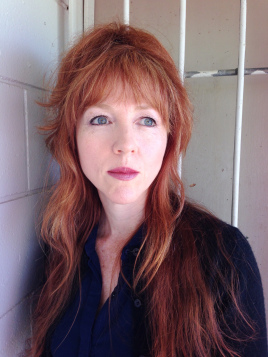 TS: When you hold a page of flash in your hand, you hold an ‘exploding photograph,’ a brief still that makes time stop and ache and echo around a single moment or image, that wraps a bare suspended instant in a sudden burst of light – there’s a luminosity, a flare of radiation captured in its very name, that seems to me to signal the ‘flash’ of illumination or perception at the heart of the craft. The beauty of this for the writer is that a piece can surface with this same disarming ‘flash,’ can strike them offguard, can arise from the sheerest glint, a stab of detail, a glimpse of line or drift of image that suddenly reflects and resonates with story. Flash can give the writer an unforeseen fix, with these unexpected glitterings of life, delivered in a rush – my own flash often begins with these flickerings in left-field, a piece like ‘Compact’, for instance) arising unbidden from a sudden scent that called up musty traces of family past. Characters, and the force of their longings, arrived with a sensory shiver, evoked by an ordinary concrete object. For me as a writer, these unplanned flashes of creation are always a thrill! And in this sense, too, I think the form bears electric witness to the way moments work within our wider lives: it reminds us of the truth that time is running out, words are limited, connections are fragile but more beautiful because they’re tensed against the tick of the clock, acted out against a constant threat of extinction. The tiniest moment can spin a life, shake it, raise it, evaporate it, split it, the countdown of seconds can become indelible, fraught, captivating, terminal. These pinpoints of experience, these moments that simultaneously pass in a flash, yet spill out to define a whole life – these are the points the form excels at distilling. Flash reminds us moments count in life, like they do on the page. That’s a gift.

FF: What are you looking for in a piece of compressed writing? What makes for an outstanding piece of flash fiction?

SW: I love it when reading is like falling into the page and not even realising that you’ve fallen. I admire any writer who can pull off that trick. So, somehow transport me by the strength of your language and your control of its power.

TS: What am I looking for: core temperature. The ability to strike a nerve. Dare me. Leave gooseflesh. Make my breastbone glow. I want to experience what I read, not just scan the lines but breathe them, feel them enter my bloodstream. I want to take a sentence on, as poet C. D. Wright said, as a bodily encounter, a ‘personal blow’. This kind of punch and seizure often comes from a piece where you sense the writer has taken a risk, put themselves at stake – so hunt life to its hard places, corner it, eyeball it, don’t look away. Just because flash is a short form doesn’t mean your lens can’t be wide-angle, doesn’t mean you have to shield and limit your gaze – this thin slice of life can take anything you give it. Small does not mean trivial, short does not mean straitened, miniature isn’t mundane – you can still test the edges of life and experience, language and silence in the flash of a single page.

FF: Please give an example of a piece of flash fiction that you feel represents the form well.

TS: Jayne Anne Phillip’s book Black Tickets is a feast of flash genius for me, incandescent and unflinching – each short piece, scattered among longer stories, is a strange faceted jewel that sets language shimmering, and disturbs the heart. An unmissable masterwork of the form!

SW: I’ve recently been reading Stephen Dobyns’ The Porcupine’s Kisses, which is a collection of poetry and prose poetry. But I think several of the prose poetry pieces work wonderfully as flash fiction, being stories about characters who face challenges, and whose images, characters and themes continue to unfold long after the final full stop. Here is one that moves me, a whole epic tragedy contained in a mere 173 words. It covers such a lot of territory, establishing the character’s backstory in richly visual language, carefully controlling the rise in narrative tension and its release in that final, poignant, sentence.

A love of music, nearly perfect pitch – without knowing it he had a gift to play the accordion. He even loved that sort of music – polkas and tangos, beer hall music – and had he begun to play, he might have been among the best. But the idea never occurred to him and no one suggested it. Not that he was a failure. He had a good job, an adoring family, but his successes were not like those he might have had if he had played the accordion. Mediocre lawyers with the exact hands of surgeons, painters who should have been poets – how often does a person take a wrong turn or doesn’t find the right one? A decent life lived by default while the triumphant goes begging. One day a man looked in a shop window and saw the accordion: black enamel, ivory keys, mother of pearl buttons. His breath quickened and he nearly went inside, but he had someplace important to get to, so he turned up his collar and hurried away.

Thank you, Sue and Tracey! More can be found about Sue Wootton and Tracey Slaughter at the National Flash Fiction Day site, where you can also see how to enter the competition!