Our Québécois neighbor kept a concubine next door in one of the university apartments called The Motel.

A building engineer for Canadian aid construction at the University, he managed concrete and spoke violent back country Québécois.

Lebou’s femme, Annunciata Joi Tumwebaze had grown up deep in the colines, the daughter of a powerful Tutsi family. Her maternal grandmother, a reputed sorcière, had schooled her in local fungi, roots and tubers, herbal cures, and medicinals.

By age 14, she was five feet nine inches tall. She carried herself upright at all times, but was not overly proud. Her breasts and rear were firm, her complexion impeccable, coal black; her cheeks high, and her nose narrow.

Such was the girl’s beauty that locals claim she’d bewitched a man, driven him to drink – un ivrogne, worthless now, umusazi. Since then, no suitor had called, and her bride’s price had dropped to a single cow.

At last her family had banished her to Les Petites Sœurs de la Charité de Sainte Marie de la Mer, in Butare, Prefecture Huye. Although the sisters never considered her novitiate material, they did describe the woman child as a peaceful and cooling presence.

Lebou, fresh from Quebec and a devout Catholic, first spotted Annunciata amongst the religious at a Ste. Therese Sunday mass. She was 18. Within days, she’d moved to Lebou’s apartment in The Motel. Skeptics and gossips claim a large cadeau, a matabish pour les sœurs, had come into play, but that remains unproven.

For her part, Annunciata claimed that she’d favored the arrangement, but of course she’d no choice. Nor did she choose the abrasions the brute, Lebou, left on her mouth, nor her swollen cheeks. Sometimes after a row, she’d wander into Lebou’s garden to cry in the bare moonlight.

When we arrived for our Peace Corps assignments, Annunciata was 20, and apart from les sœurs who still visited her (the priests had since banned her from mass and the church), her only friends were a pair of femmes libres.

The girls, Priska and Prudence Bébé, infamous at Club Marabou and Hôtel Faucon, spent evenings partying with whoever amused them best and offered a little matabish. Both had often partied themselves into STDs, but Annunciata’s botanicals had always cured them.

Occasionally, the girls met of an afternoon chez Lebou, where they made up in the lipstick and blush Monsieur had ordered from Quebec. They’d splash on cool French cologne, and over tall heels snuggle into bright lingerie, tight jeans, and thin halters.

Although Annunciata refrained, les femmes libres smoked Lebou’s Marlboros and drank his scotch. They practiced kissing, as girls sometimes do, in garden gazebo. And they danced to Franco’s lazy lead from an enormous boom box until sunset when they’d finally stumble off towards the Faucon.

Sometimes when our French volunteer pals from Les Fils du Progrès were visiting, Annunciata, having plucked a frangipani for her hair, would peer over Lebou’s garden hedge to say hello. Sometimes she’d knock at the back door to borrow a Coca.

One day, she arrived with cognac and chocolate, and my roommate invited her to stay. She declined a puff of chanvre with the French boys, but did not judge them. Mostly, she listened to us talk of our countries and towns, Valence and Rennes and Cedar Falls.

With her hands folded in her lap or covering her mouth as she laughed, she paid close attention to details of landscape and cuisine and custom. Over and over, she asked about winter, how it was. She believed the season’s ice must be witchcraft.

For a long time, her visits annoyed me… that quiet that settled around her. I couldn’t understand her angle and imagined she’d come to tease us or take advantage somehow. After all, we’d only les femmes libres for female company.

I resented her as I would an impeccable child, but when I complained, my roommate explained the obvious. Hadn’t you noticed? Even her cook and gardener, from deference or disgust, never spoke to her; did I understand?

Look, who did she have, after all, but those silly Priskas and Prudence Bébés? She was lonely, but more than that, she was curious in the same way we were curious. She wanted to know something else, something apart from home, from Rwanda.

A few months after our return to the States, we heard she’d finally gone to Quebec with Lebou. They’d married, but he’d soon gone inexplicably ill and died, leaving her a good inheritance. We imagined she’d become a powerful businesswoman or doctor.

Perhaps too, we thought, she’d have had a perfect child, a girl, an Ange Vérité or Honorée Célestine. It would have been a winter birth marked by strange and wonderful calm in the delivery room, and outside, heavy snow falling on Montréal.

In college, I’d been unable to afford a study abroad or other travel. My classmates had been to Spain to Ireland to France. I was dying to travel.

When a friend who’d done a stint in Peace Corps Zaire (Congo) recommended the volunteer service, I thought it might be a way out, a ticket from darkest Midwest to darkest Africa.

Our war in Viet Nam had only recenly ended, so my opinion of what good America could do had changed from a kind of hyper miltary optimism depicted in dozens of John Wayne movies to a deep cynicism about our international motives.

I remained skeptical even a bit cynical through my two-year service. I taught liturature and composition at the National University, a wonderful opportunity for me, but I was often depressed. On Tuesdays and Thursdays I wept as the Kigali to Brussels Sabena passed overhead.

In the end, I took far more away from Africa than I left. I came to understand that although everyone has the human right to health and safety, an African whose only dream is a tin roof over her tiny cabin can be as happy as I with all my western amenities.

I understand too that joy is rare but possible and that magic, although nearly non-existent, can appear randomly, maybe at a remote bus stop when a crazy man chews a Primus bottle for a few francs.

Or maybe at a “cine club” kung fu movie, one of the ones subtitled in Flemish for 100 Butarians who speak no English, no French, no Dutch, and certainly no Chinese, but who fanatically, blissfully Karate chop and kick box in the aisles as they act along with the hero.

Looking back I know that although it was a site of much lonliness for me, Rwanda also fostered an appreciation of deep mystery, the unknown that one can only accept without expectation of answer or revelation ever.

In my mind, that kind of surrender is a very good thing. “Rwanda Suite: Concubines”, I think, is a reflection of that understanding. 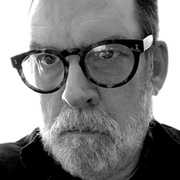 Steven Gowin is a corporate video producer in San Francisco. His recent publications have appeared or are appearing in Digging Through the Fat, The Santa Fe Literary Review, Revolution John and Camroc Press Review.