Then and now: Jac Jenkins

I drive north from Emporia, past the darkened roadhouses and the flashing signs of pay-by-the-hour motels; then west through the swamp to the coiled razor wire that marks the correctional centre. I stop at the end of the blacktop. Lynyrd Skynyrd’s Free Bird is playing for you – the wailing of the lone guitar – as I walk the halls to your cell.

We talk. Baseball. Books. Family. Funeral. I twitch, dammit, like the last spasms of a dying bird. You want us to be strong, ongoing. You pass me your last Marlboro. I don’t smoke. You laugh and order six toasted cheese sandwiches, French fries, ketchup, six Cokes.

The Death Squad in black suits stand guard. I bear you no ill will, you say, and we walk the short Walk. Six steps. We feel cheated – it should take eight. They strap you to a gurney. The phone rings.  No, this is the Death House. Wrong number.

Later, I get back on the blacktop and drive east, away from the razor wire; south to Emporia, past the bright and busy roadhouses, listening to the wailing of the lone guitar on my radio.

In 2012 I was writing poetry and hadn’t really considered writing in any other genre. I had had a poem placed in a local poetry competition and met Michelle Elvy at the prize-giving. One thing led to another and suddenly, somehow, she managed to massage my writing confidence into a shape that incorporated flash. I’m still at a loss as to how that happened, although I can tell you that, from the beginning, the vast majority of my flashes have started as poems. I strongly resist writing poems with an obvious narrative thread, but narrative is always underneath – sometimes when a poem isn’t quite working, it is actually screaming for story and that’s when I turn it into flash. 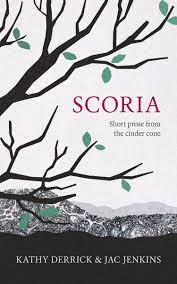 From 2012 to 2016 my writing confidence improved to the point that in 2017 I felt able to commit to an MA in creative writing. During that very intense year, I discovered the joys of short nonfiction – flashes and lyric essays. While I don’t write in that genre as much as I’d like, I intend to work more on honing my nonfiction voice and have a project underway.

I co-founded a publishing company (Pavlova Press) with my sister, Kathy Derrick, and that is an exciting journey, although it has meant I don’t focus on my own writing so much. My first full-length solo manuscript (poetry, lyric essay and short prose) is ready and willing to face the world but hasn’t found a home yet.

Tall tales of the season gods

Got winter in my grip, drowned his ankles, feathered him up, clothed him leafly, unrolled him to warm and vast carpet under canopy of birds.

Charmed spring with twirly lashes, peeled his greens, loosed his perfect buds, buffed him dry, grassed him to sough and seed billows under cloud of sighs.

Knocked down summer flat, whistled up her umber hems, collapsed her chicory sky, plucked her bearded limbs, trussed her to bundled and bound cocoons under spiderly silk.

Fell for autumn, bore her rusty suit, puddled in her rubber boots, spilled her to stagnant night, held her to naked and snapped boughs under sleeting stars.

Jac Jenkins farms and writes in the Far North.

Lately she has been busy in her publisher role with Pavlova Press compiling an anthology on pavlova, and fixing fences.