Then and now: Jane Swan

My father tells me. There are only three types of people: the ones you love, the ones who love you, and everybody else. Don’t ever forget.

I nod as if I understand, but I am only six, nine, fourteen. I’ve heard these words for as long as I can remember. The birthday kiss on the cheek. The handing over of a present. Not opening it until I have repeated the advice and remembered the difference.

In the church porch my father asks me to repeat the mantra. Our voices echo. He nods, kisses me, takes my arm. I walk towards the altar in a measured pace as if ploughing a furrow between my old life and the new. Glorious splashes of colour from the stained glass wash over my white dress.

On either side and ahead, are the ones who love me, the ones I love and everybody else.

It is winter. Only the unprepared go out seeking essential supplies. Or help. I close the door behind me and step into the new snow covering yesterday’s tracks. My bruised cheek and split lip smart in the cold. I wrap my scarf tighter and tuck my face into my hood. The softness of the wool makes me cry.

My footprints leave hollows in the snow, like windows to springtime.

I walk away from everybody else and head towards my father’s house. 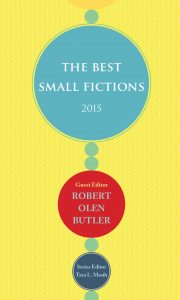 I still feel the excitement of that first acceptance from Flash Frontier. Fellow Waitaki Writer Bruce Costello introduced me to you. At that time I had never heard of flash fiction, being more involved with some non-fiction writing, short stories and the beginnings of a novel.

Discovering Flash Frontier was a wonderful experience, and an ongoing one. It has led to a couple of print anthology acceptances and I owe that to Flash Frontier, so thank you very much.

I am still writing short fiction, though often a big longer. My latest acceptance was in the December 2021 issue of takahē with ‘The Making of the Boy’. My novel still languishes in a drawer! Poetry is a recent passion, the cousin of flash fiction, it exercises my mind in the same way, asking for clarity and brevity, something I am not renowned for in Real Life. The Waitaki Writers Group based in Oamaru is still very close to my heart and I write the monthly newsletter, waffling on as usual.

June Gemini and The Twins haven’t had a hit in three years, or been in the studio for two.

Three months ago, June had a baby and is using this as an excuse. “All my creativity, sucked up, literally,” she jokes, “by that Lil Puddin’.”

June has heard a rumour that The Twins are recording by themselves.

If you are twins, she wonders, would that make it a solo album?

She starts to sniffle, causing Lil Puddin’ to gaze at her mother.

“Silly old me.” June does up her bra and pulls down her top. “But Letitia and Lettuce are always falling out, so it probably won’t happen,” she says nuzzling into Puddin’s tummy and blowing a raspberry.

She suddenly thinks that if Lettuce went alone she should call her album Lettuce Leaves.

All that day June tries to come up with a name for a solo Letitia album but can’t. By evening she has tuned her guitar, dusted off the autoharp and found a book of country standards. She croons and strums the baby to sleep.

Lil Puddin’ . . . she must stop saying that. Loretta, is old enough to bring to the studio. Later, glass of iced tea in hand, she rings Warren.

“I’ve got an idea for a Christmas album. Yeah, if I pull finger. Well, I was thinking June in December. No just me.”

Jane Swan lives in Waikouaiti, Dunedin. She writes short stories, flash fiction and more recently has been trying her hand at poetry.

She muses on the story that Janet Frame considered herself a failed poet. Jane is still a staunch supporter of the Waitaki Writers Group based in Oamaru.